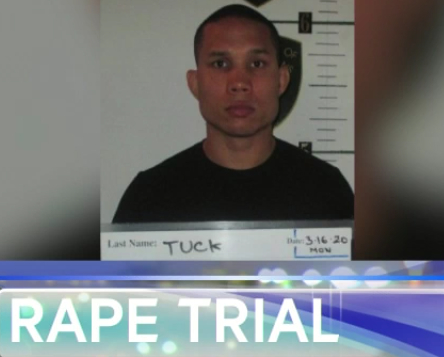 He was the doctor who saw and examined Tuck’s alleged rape victim after she called the Guam Police Department.

“She reported being assaulted physically and reported digital penetration in her private area,” Weare said.

He added that she also reported feeling pain.

In court, Dr. Weare said he provided the following services, a complete exam, collected forensic sustenance, pelvic exam, treated the alleged victim presumably for STDs, gave advice on how to proceed with the report, and gave her social site and contact information for Healing Hearts.

He also took samples from her private parts, mouth, and cervix

He also put in his report of no physical findings, meaning no bleeding and tearing in her private parts.

However, he adds they were findings but they are not diagnostic.