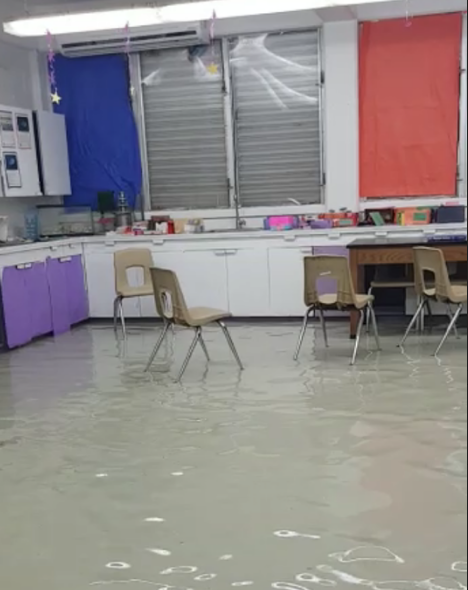 But for some schools, the heavy downpour was almost a deterrent.

One viewer submitted video shows George Washington Geckos wading through flooded hallways in between classes with water rushing down staircases.

Of course, other campuses were not immune to the torrential downpour. Tiyan High School had flood waters on the perimeter of the campus.

There is still no word as to the extent of the damage, if any, from the heavy rain. And although GDOE stakeholders pushed through today’s heavy downpour, there are still many more months to go in the rainy season.