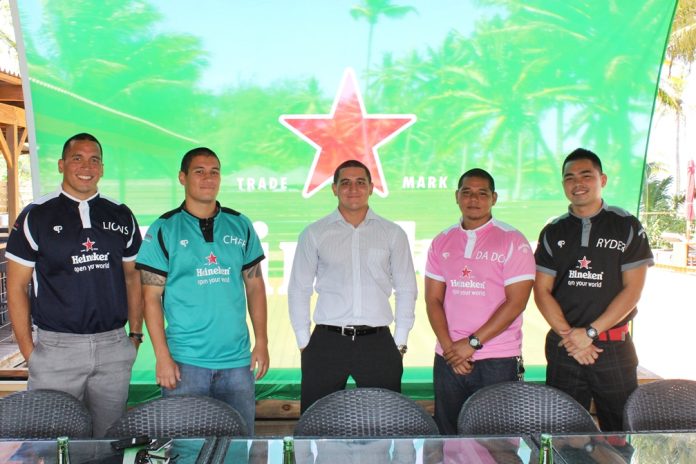 The public is invited to come down and watch the island’s top Rugby players compete in some serious Rugby action as four teams with more than 20 rugby players in each team vie for the championship.

A press conference was held on Thursday with representatives from the four teams: The Chiefs, Da Doks, The Lions, and The Ryders, present.  League President Matt Sgro is excited for the season and is looking forward to a competitive season.  Sgro informed the public that 100% of proceeds from admission will be donated to the Make-A-Wish Foundation.

[Photo:  Matt Sgro (middle) with representatives of the teams participating in the Heinekin Rugby 15s tournament.]