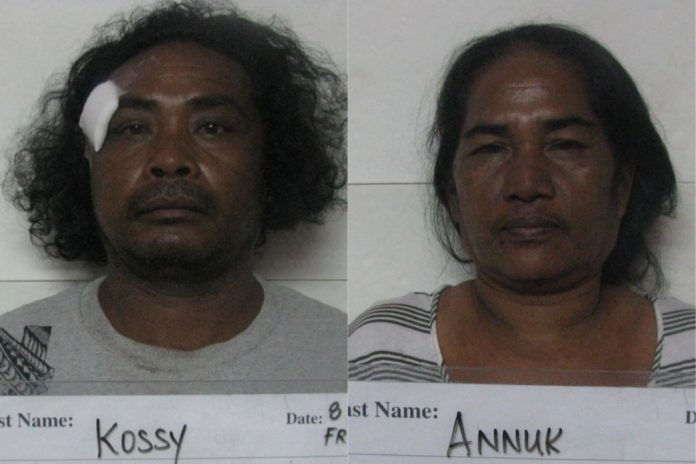 Guam – A verbal disagreement between two families at Hemlani’s apartments in Harmon escalated into a riot, leaving two injured and two behind bars.

According to Guam Police Department Spokesman Sgt. Paul Tapao, the physical altercation resulted in two victims being assaulted by a man armed with a knife.

The first victim sustained lacerations to his throat and neck, requiring immediate medical attention. The second victim received a laceration to the back and was treated at the scene.

The man allegedly responsible for inflicting the wounds was identified by police as Kriosi Kossy. A female identified as Chimeka Annuk was also arrested in connection with the riot.