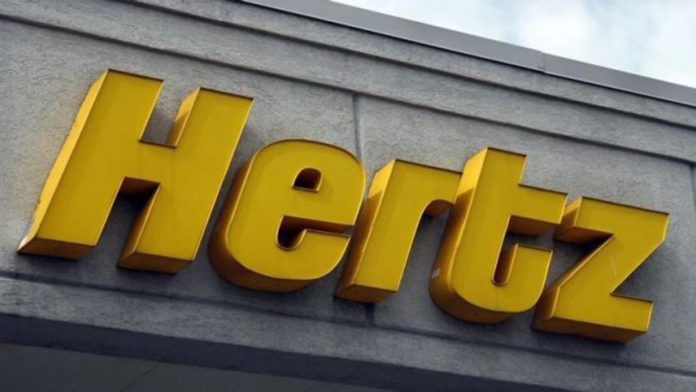 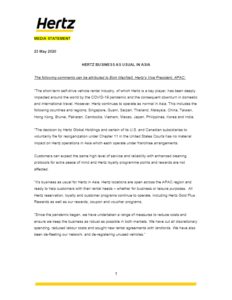 The Hertz rental car company has announced that it will be business as usual here on Guam and elsewhere throughout Asia, despite its bankruptcy filing.

Hertz is one of the nation’s largest car-rental companies.

FOX News reports that Hertz filed for bankruptcy protection last Friday, “saddled with about $19 billion in debt and nearly 700,000 vehicles that have been largely idled because of the coronavirus.”

The company issued a statement today saying that Hertz will continue to operate as normal on Guam and in Asia.

MacNeill said “the short term self-drive vehicle rental industry, of which Hertz is a key player, has been deeply impacted around the world by the COVID-19 pandemic and the consequent downturn in domestic and international travel.”

He went on to say that “the decision by Hertz Global Holdings and certain of its U.S. and Canadian subsidiaries to voluntarily file for reorganization under Chapter 11 in the United States Courts has no material impact on Hertz operations in Asia which each operate under franchise arrangements.

All Hertz reservation, loyalty and customer programs continue to operate, including Hertz Gold Plus Rewards as well as our rewards, coupon and voucher programs.

“Since the pandemic began,” said MacNeill “we have undertaken a range of measures to reduce costs and ensure we keep the business as robust as possible in both markets. We have cut all discretionary spending, reduced labour costs and sought new rental agreements with landlords. We have also been de-fleeting our network, and de-registering unused vehicles.”