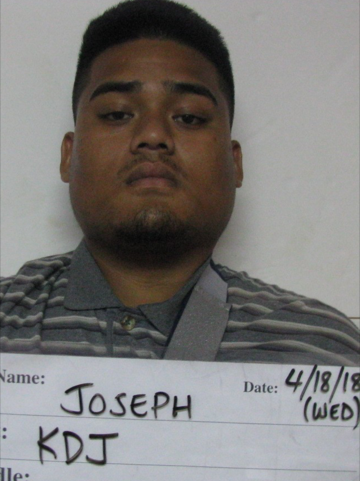 Guam – A follow up investigation into the incident which occurred at Simon Sanchez high school has resulted in the arrest of a teenager.

The bullying incident was followed by a second video in which a glass window was broken and a trail of blood was seen.

In that video GDOE Spokesperson Isa Baza said around 1:15 pm Monday, a male student was punching several windows and a glass panel to the school’s main entrance door when he began to bleed profusely. It appeared that the student’s major artery was cut in the incident as a long trail of blood can be seen in the hallways. School nurses administered first aid until paramedics arrived.

According to GPD Spokesperson Sgt. Paul Tapao, the parent of the victim filed a formal complaint with GPD, following that complaint Joseph was arrested on charges of assault and criminal mischief.