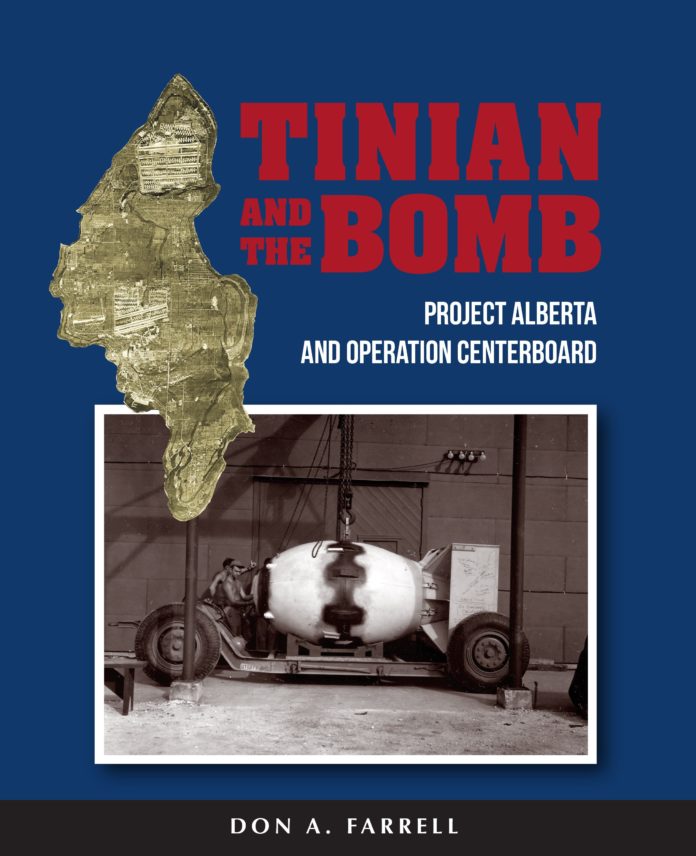 Guam – Most of us in Guam are familiar with the atomic bomb that was dropped in Hiroshima, Japan because the bomb made its way through our region. But did you know that the bomb itself was actually assembled and partly manufactured on the island of Tinian?

Yes, it’s true. It’s one of World War II’s best kept secrets. And now you can read all about it in a newly published book by respected author, historian and educator Don Farrell called “Tinian and the Bomb, Project Alberta and Operation Centerboard.”

For most of history, what most people have come to know is that the bomb that was dropped on Hiroshima merely traversed through Tinian. But Farrell says his research yielded an even deeper history that indicates Tinian played a much larger role in World War II.

Farrell talks about his inspiration for writing the book.

“I got a tip from [a professor] at the RFK Library. I had moved to Tinian, it was 1998 and he sends me a message that says, ‘If you can get to Washington, D.C. and you can go out to the National Archives annex in Maryland, go in and ask for a copy and ask to read the Tinian Atomic Bomb files.’ And I said, ‘You gotta be kidding me, there’s really such a file?'” recalls Farrell. “I remember going in and asking this archivist, ‘May I please see the Tinian Atomic Bomb files from record group 77?’ And so I sat and waited and pretty soon here he comes and these boxes are covered with dust; nobody’s looked at them.”

It took 20 years to finally put together but Farrell says he spent the last three to four years after retirement diligently working on the book. He tells us a little bit more about what to expect in the book.

“In January 1945 plans were made to begin developing what would be the forward operating base for the Manhattan Project, the place that would be America’s launch pad of nuclear warfare and so commander Dick Ashworth, later Vice Admiral Ashworth, was sent to Guam to tell Admiral Nimitz about the bomb which he really didn’t believe,” explains Farrell. “This is that story, it is a combat story, it comes from record group 77 out of the National Archives.”

Farrell will be having an official book launch this Wednesday at the UOG CLASS Lecture Hall at 5:30 p.m. and again on Friday at the War In the Pacific Museum at 10 a.m.; and finally on Saturday at the Navy Exchange at 10 a.m.

Books will be available for purchase at Bestseller book stores, at the Navy Exchange and on amazon.com