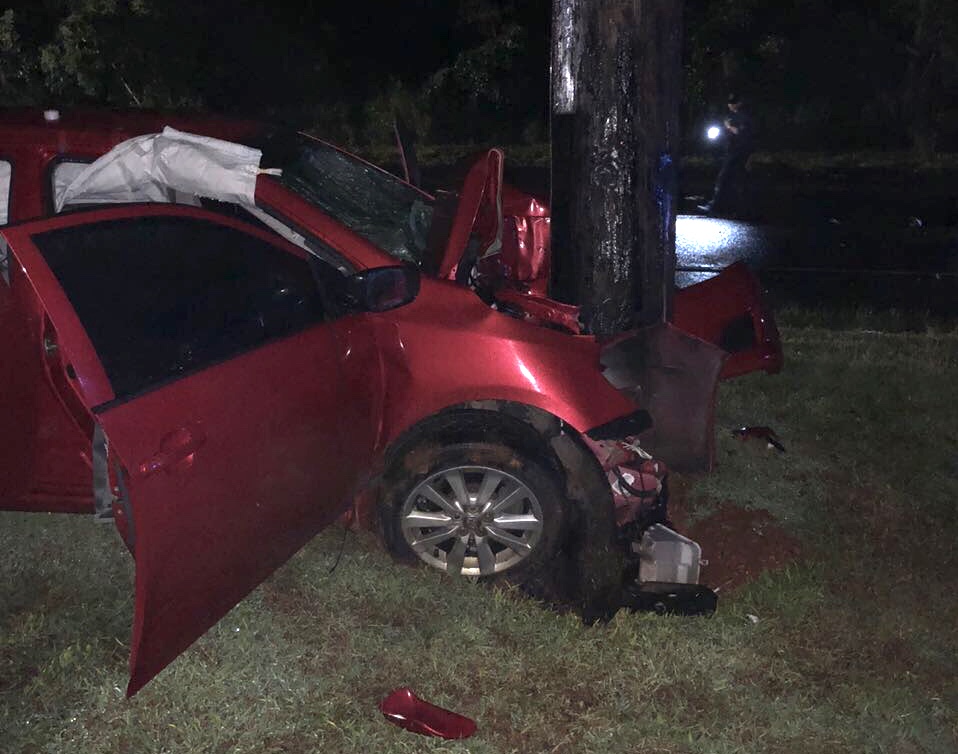 The driver of one of the vehicles disappeared before authorities arrived on scene.

Guam – A hit-and-run in Dededo last night sent four people to the hospital, including one minor, with major injuries.

It happened along Route 3 in Dededo near the South Finegayan area. Guam Fire Department Spokeswoman Cherika Chargualaf says they received the call just before 10 p.m. of an auto accident in Dededo.

The impact of the crash was so powerful that the Corolla’s engine wrapped around more than half of the circumference of the power pole.

According to Balajadia, the driver of the Camry that hit the Corolla fled before authorities arrived. The damage to the Camry was also pretty significant so it’s not clear what kind of injuries the driver of that car sustained. Balajadia says that driver’s status is unknown.

The crash blocked off all lanes on Route 3 in the area of the accident for several hours as police conducted an investigation. The Guam Power Authority also arrived on scene to assess any damage to the power pole.

An updated status on the four victims was not known as of news time.