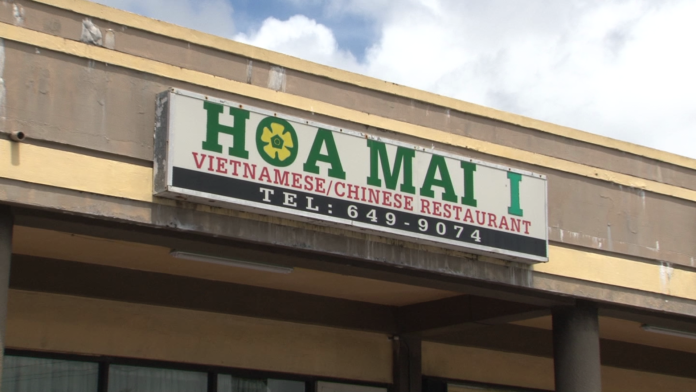 Guam – Another restaurant is forced to shut its doors… known for its famous fried lumpia, Hoa Mai in Harmon failed a public health inspection with inspectors observing an active cockroach infestation at the establishment.

Hoa Mai was given a D rating with 73 demerit points.

In addition to active roaches and breeding sites being observed throughout the facility, Hoa Mai was cited for several other violations.

Foods also did not meet the required holding temperature; raw chicken and pork were being thawed in standing warm water; food products being stored in dry storage area directly on the floor; dark stains and rust found all over the restaurant’s items, like cutting boards, the freezer, chiller, walls and wiping cloths.

They were also cited for an overflowing grease trap, among other issues.

Hoa Mai’s sanitary permit was revoked and will not be reinstated until all citations are corrected.