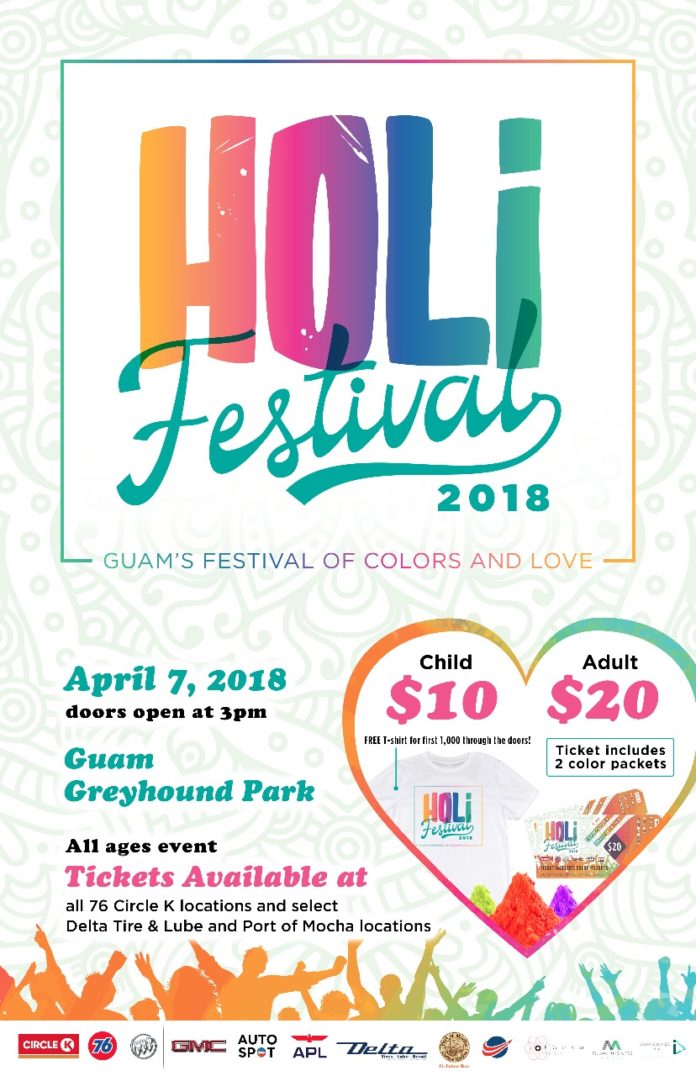 Guam – The Holi Festival of Colors is this Saturday at the Guam Greyhound Park.

Local food trucks, arts & crafts, and other local businesses will all be on hand. Live local bands will begin playing at 3pm then at night local D.J.’s will begin playing music. Festival organizers say it’s a kid friendly event that will even feature games for children to play. One of the big draws is the throwing of colors, something that stems from a traditional Indiana festival that rings in the spring months. Festival organizer Ranjna Dewan says the Holi Festival of Colors dates back to about the 7th century and stems from old Indian legends. Dewan says the event has now gone more mainstream and is now celebrated in every major capital around the world.

“And it really is an event to bring people together. It’s a lot of fun. It’s smearing color on people’s faces, its throwing color. It’s a free-for-all. It’s a time to forgive and forget mend broken relationships and the significance though in India is it marks the beginning of spring and the end of winter and it’s also like a thanksgiving for a good harvest for farmers. But again, it’s more of a party now. And we wanted to bring it to Guam so that the local community can experience this amazing part of our culture. We’ve brought in a lot of different things it’s gonna be a festival of colors it’s gonna be a festival of crafts it’s gonna be a festival of music and dance. So there really is a lot of different aspects to this event,” said Dewan.

The Holi festival is this Saturday at the Guam Greyhound park from 3pm until midnight. Tickets are on sale at 76 Circle K stations.