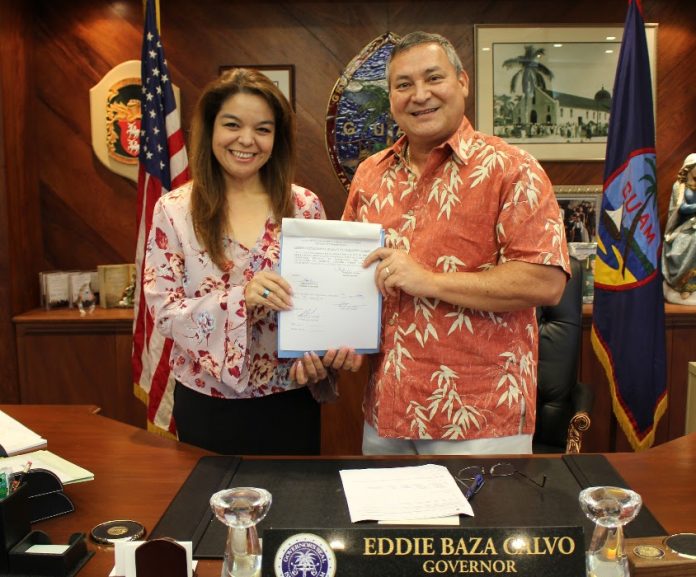 Guam – Qualified patients and caregivers will now be able to grow their own medicinal marijuana from the comfort of their homes. Governor Calvo today signed bill 302 into law.

The bill, introduced by healthcare advocate and Republican Senator Louise Muna, allows for the legal cultivation of marijuana for medicinal purposes.

The law comes four years after residents voted to make medical marijuana legal. But ongoing conflict over the painstaking process of implementing the law left many patients stranded and powerless as they waited for some medical relief.

With the bill now law, patients or their caregivers will be able to apply for a permit to grow up to three mature plans and six juvenile plants in their own homes.

Sen. Muna thanked her colleagues who voted for her measure, noting that patients can now see relief for their ailments.