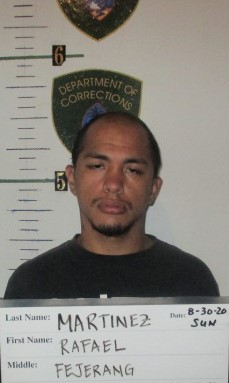 Police have taken into custody a man who tried to break into a home armed with a knife.

26-year-old Rafael Fejerang Martinez was arrested on various offenses to include home invasion and resisting arrest.

Police received a call about a home invasion in progress at the Annex Apartments at around 10 pm on Friday, August 28.

“Responding officers were able to locate the victim on the roof, as well as the suspect who attempted to flee on foot. Officers were able to apprehend 26-year-old Rafael Fejerang Martinez within the vicinity of the apartment complex with no incident,” stated the GPD release.

Upon his discharge from the hospital on August 30, Martinez was booked and confined at the Department of Corrections.