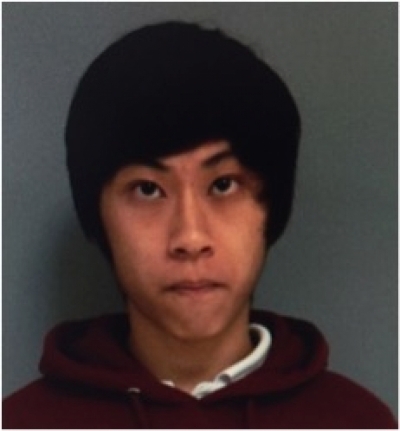 Guam – The details surrounding a home invasion that prompted a week-long coordinated search for Young Soon Chang have been released and just like an episode out of CSI, police were able to connect change to the home invasion by lifting a palm print from a nearby computer screen.

A magistrate reports also indicates that the suspect knew the victims as police say Chang and the homeowner’s son were classmates. The report states that on December 29, police responded to a burglary/home invasion at a residence in Tumon. The victim told police that he heard footsteps that led him to his storage room. This is where he saw an unknown male crouched over steel safe. The victim then told police that he blocked the doorway into the house but was tackled and repeatedly punched in the face by the assailant. Police say Chang fled the scene with a PlayStation 4 belonging to the victim’s son. During police interviews, investigators were able to connect Chang to the burglary after the victim’s wife recalled that man who fit the assailant’s description had visited their home the night before the home invasion … That man, police say, turned out to be Chang. Court papers say the victim’s son told Chang that the family was set to leave the island, which is when police believe Chang decided to enter the home. A few days later, CSI investigators were able to lift a right palm impression from a mac computer monitor belonging to the victims. Chang was captured in the early morning of January 16th as he was trying to board a flight to the mainland. Chang is charged with home invasion as a first degree felony, burglary as a 2nd degree felony, theft of property as a third degree felony and assault as a misdemeanor.