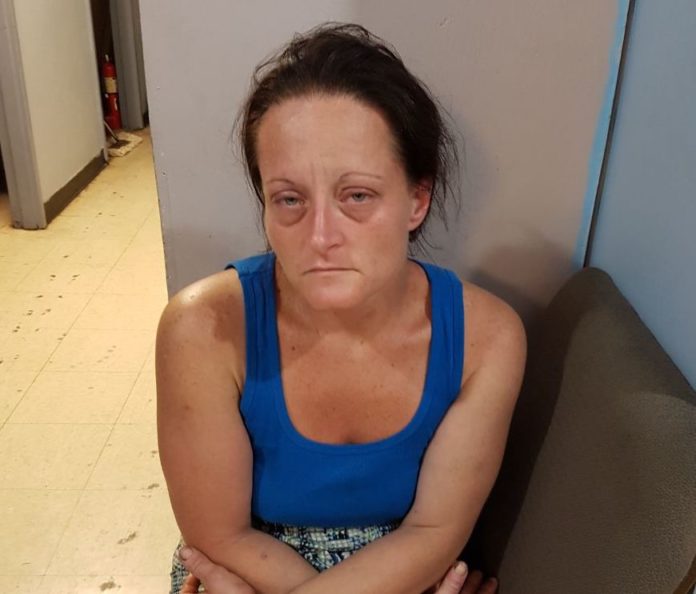 Guam – A homeless woman arrested for one burglary is now facing multiple felony charges.  Police allege as they were taking 39-year-old Adriane Lee Jennings into custody for breaking into a car, and resulting drug charges, she confessed to a string of thefts.

In her most recent case, the owner of the vehicle she broke into was able to provide a description of Jennings to police that led to her apprehension.  According to a magistrate complaint, when Jennings was searched by police, a glass pipe with suspected drug residue was found.

Jennings was also accused of stealing a rental car that was parked at a hotel parking lot.

GPD Spokesman Officer AJ Balajadia alleges she is also linked to eight other theft cases and one illegal drug possession case.  Despite police describing her as homeless, court documents show she was on release for another pending felony case—in which a bench warrant was issued for her arrest.

In addition to the special allegation of committing a felony while on release, Jennings has also been charged in Superior Court with felony burglary, theft of property and possession of a schedule II controlled substance.