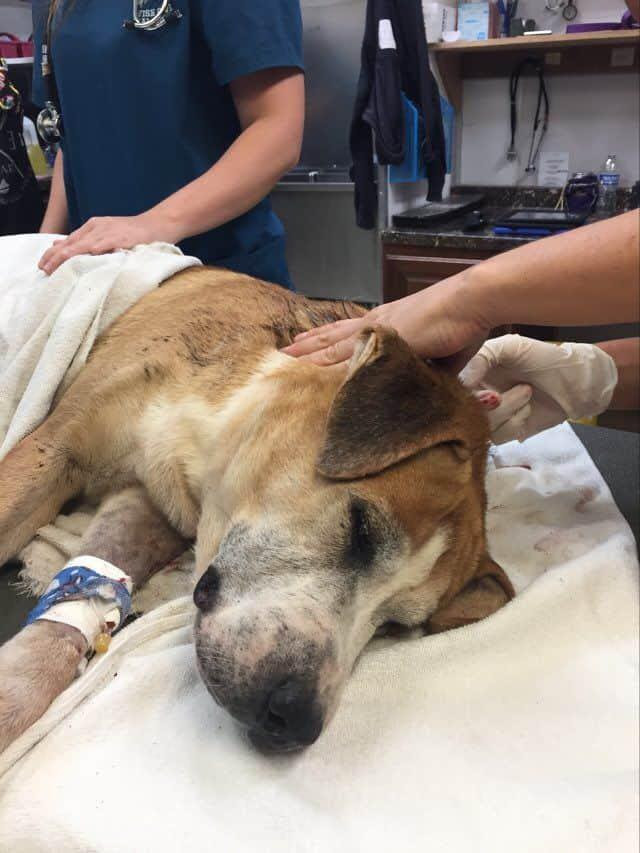 Last Tuesday, July 21, Guam Animals in Need says a friendly neighborhood dog was brutally attacked in broad daylight in Yigo. The dog died of his injuries over 24 hours later.

The animal shelter and rights group is calling for aggressive local and military investigations to bring the attacker to justice, as the suspect in question is an active duty member of the military. 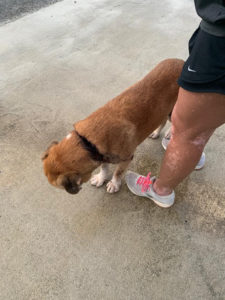 Along a quiet Yigo street, GAIN says children made the horrific discovery last Wednesday. Walter, the neighborhood boonie dog, had a slit down the side and back of his neck.

When he was discovered bleeding, the children rushed to their parents, who said the severe knife cut, “exposed deep muscle and bone.”

The neighborhood mobilized to rush him to a local veterinary clinic. However, his injuries were too great and he had to be euthanized.

“We’re told that when Walter was found, he was clearly in pain, but he approached the families he recognized and wagged his tail. He still trusted humans. But he was unable to lift his head due to the injuries to his neck,” said Cyrus Luhr, GAIN board president.

Based on text messages with the suspected attacker and other evidence, GAIN says it believes that Walter was attacked with a large hunting knife the afternoon prior, in broad daylight.

For over 24 hours, he suffered from a 10-inch-long gash along his neck that cut nearly to his spine.

GAIN is calling for “immediate, aggressive investigations and prosecution of this case.”

“The evidence is damning, and we’re asking that local and military authorities aggressively 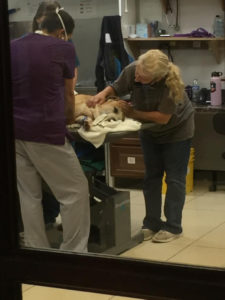 pursue justice,” said Luhr. “The monster who did this needs to be arrested and held accountable before more animals or people are hurt,” he added.

The suspected attacker currently serves in the military and is stationed on Guam. In its release, GAIN said it had received second-hand information that the military is declining to investigate the matter. However, an official with Joint Region Marianas released this statement to PNC News:

“Joint Region Marianas is aware of an incident involving a Sailor allegedly attacking a dog near his residence and we are fully cooperating with local authorities who have the investigative lead,” said Lieutenant Commander Rick Moore.

Around noon Wednesday, Moore issued a follow-up statement saying, “In addition, Navy has begun an investigation into the incident. We expect our personnel to uphold the highest standards of conduct both on and off.”

GAIN says it is continuing to advocate for Bill 185-35, the PAWS Act (also known as Pugua’s Law), which is currently being reviewed by the Office of the Attorney General of Guam.

Once adopted, the measure will modernize animal cruelty laws in Guam.