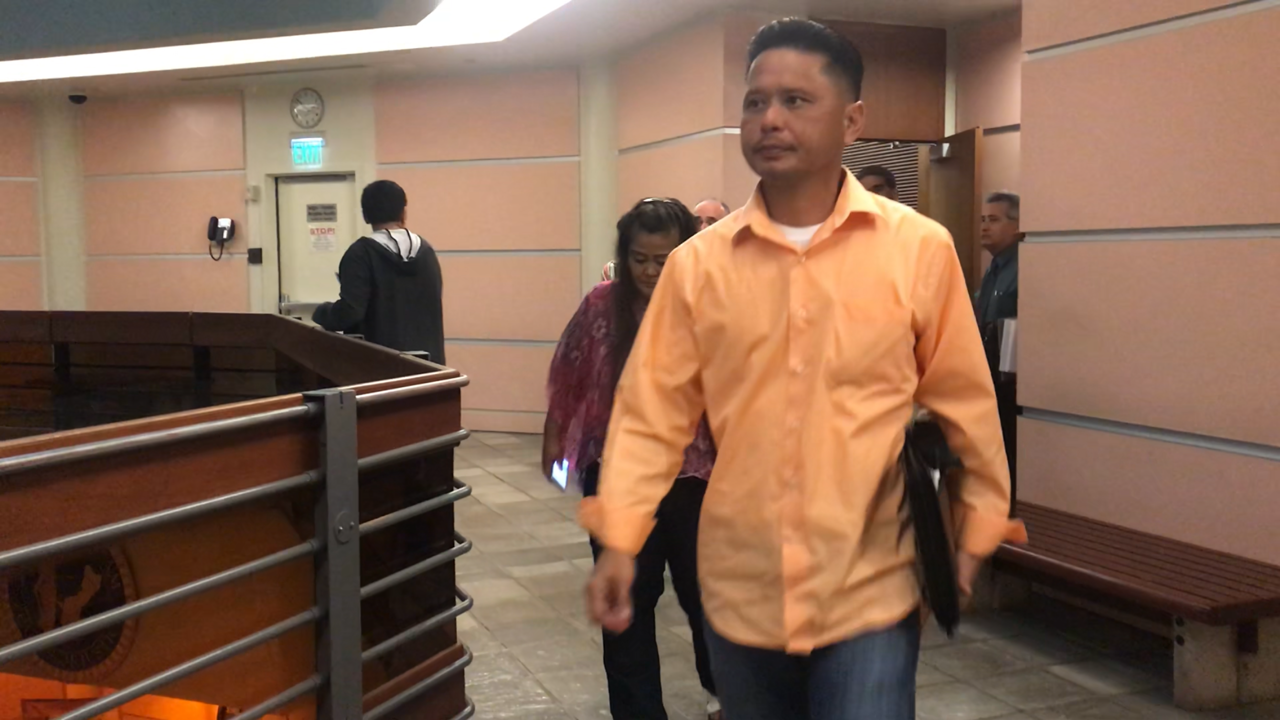 Lt. Jeff Limo headed the Internal Affairs Department at DOC and investigated many contraband cases before he was arrested for allegedly being involved in similar activity.

Guam – House arrest has been lifted for former Department of Corrections Internal Affairs Officer Lt. Jeff Limo, who was accused of taking bribes as part of a prison contraband conspiracy.

Limo’s legal consel, Atty. Curtis Van De Veld made the request today in Superior Court during a hearing for 9 of the 13 defendants named in the conspiracy, for job-related purposes.

Limo was fired from DOC last month after the agency completed its own internal affairs investigation.

Judge Vern Perez granted Van De Veld’s request on the condition that house arrest is only lifted for job-hunting or work-related purposes.

Meanwhile, Attorney Clyde Lemons, who represents one of the defendants, Roxanne Hocog, said his client may not have to testify against the other defendants in the case. He noted that Hocog may only be required to testify as to her role in the conspiracy.

At the close of the hearing, Judge Perez issued a stern warning to the defendants who are not incarcerated, admonishing them that committing another felony while on pre-trial release could result in a minimum of 5-years incarceration.

The next hearing has been scheduled for December 13 at 9 a.m.