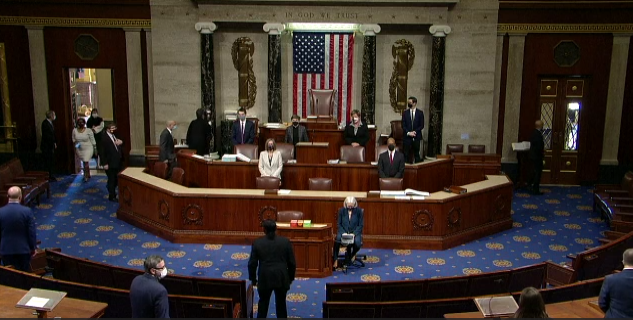 The House of Representatives has voted to impeach Trump for “incitement of insurrection” for his role in the Jan. 6 attack on the U.S. Capitol, according to an ABC News report.

President Donald Trump is slated to hand over control of the White House to President-elect Joe Biden in one week.

Trump is now the only president in American history to be impeached twice.

Ten Republicans voted with Democrats for a final vote of 232-197.

217 votes were needed to impeach the president.

House lawmakers charged Trump with one article of impeachment for “incitement of insurrection” citing his role in the Jan. 6 attack on the U.S. Capitol.

Senate Majority Leader Mitch McConnell’s office confirmed earlier in the day that the Senate will not return early for an impeachment trial, so the earliest the trial could start is Jan. 19 — a day before Biden’s inauguration.