CNMI Congressman Gregorio Kilili Camacho Sablan introduced the Shark Fin Sales Elimination Act, H.R. 737, in January. Over the next 10 months, Sablan collected 287 co-sponsors, the largest number for an ocean conservation bill so far in this Congress.

He was joined in the effort by Republican Michael McCaul of Texas.

Numerous conservation organizations supported the legislation, along with 45 domestic and international airlines, 21 shipping companies, and more than 645 other U.S. businesses and organizations.

Fins from an estimated 73 million sharks are sliced off and sold in the global marketplace each year. And, largely due to this demand for fins, some shark species have now declined by more than 90 percent.

“Sharks are absolutely critical to the health of the oceans,” Sablan explained during debate on the House floor today. “As apex predators, they help maintain the balance of life by keeping prey populations in check.”

Sharks are also critical to the tourism economy of many coastal communities, the congressman said. “In Florida alone, tourists, who go diving to see sharks, generate more than 200 times the value of the trade in shark fins for our entire country.”

It is already illegal in the U.S. to take sharks solely for their fins. But because fins can still be imported and exported for sale, the U.S. remains a contributor to the international trade.

“The survival of these majestic creatures is of great importance and this bill will help ensure they are around for decades to come,” McCaul said. “I am proud to work alongside colleagues who have taken a stand against this atrocity [of shark finning].”

Eliminating that trade has been a priority for conservation advocates for years and they praised today’s vote. “Oceana applauds the House for passing this important legislation,” said Whitney Webber, director of the group’s shark campaign. “Now it’s time for the Senate to do the same.”

The president of the Humane Society Legislative Fund, Sara Amundson, echoed those sentiments. “We thank Representatives Sablan and McCaul for introducing this important piece of legislation. By passing the Shark Fin Sales Elimination Act, the U.S. House of Representatives has taken a significant step toward eliminating the extinction of these remarkable creatures.”

“Sharks have existed for hundreds of millions of years on this planet, and yet these remarkable apex predators now face one of the biggest threats to their survival because of the demand for their fins,” said Cathy Liss, president of the Animal Welfare Institute.

“We are grateful to Representatives Sablan and McCaul for their steadfast leadership and urge the Senate to quickly pass the Shark Fin Sales Elimination Act so that it can be signed into law.”

The shark fin bill was one of nine bipartisan, conservation bills the House passed today. “Each piece of legislation represents the tireless work of the sponsor and the hope of the communities who will be impacted,” said Raúl Grijalva of Arizona, chair of the Natural Resources Committee, which had jurisdiction over the legislation.

“From banning selling shark fins to protecting wetlands, I will continue advancing Democratic priorities that make a positive impact on the health and well-being of our planet,” Grijalva promised.

Sablan thanked McCaul, Grijalva, and all 310 Members who voted for his bill. “However, the work is not over,” the Marianas Congressman said. “The Senate must also act to pass this critical bill and get it to the President’s desk so we can finally get our country out of the devastating global shark fin trade.” 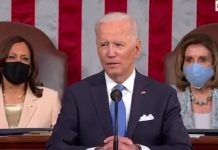 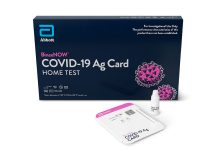 New CDC guidance: Fully vaccinated travelers do not need to get tested or self-quarantine