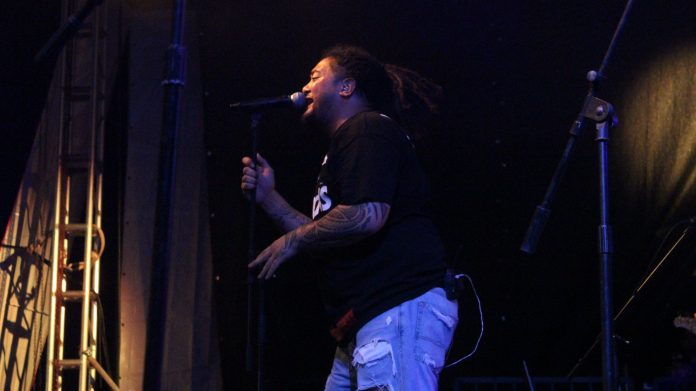 Guam – Over the weekend, Grammy nominated reggae artists J Boog and friends jammed out the Guam Greyhound Park and treated the audience to his signature reggae style jams infused with a little Christmas spirit from friends.

If you were at the Guam Greyhound Park on Saturday you likely won’t forget hypnotizing vocals of recording artist Anuhea, or the smooth reggae jams of the Jimmy Weeks Project or the Grammy nominated reggae artists and headliner J Boog. But it was perhaps the beat boxing, positive and sometimes politically charged music of Mike Love that nearly brought the house down. Love performed a couple new songs from an upcoming album but it was his song “Permanent Holiday” that charged the hundreds of concertgoers.

The Jimmy Weeks Project, Mike Love, led off a night full of reggae jams mixed with a special Christmas song by the one and only Anuhea.