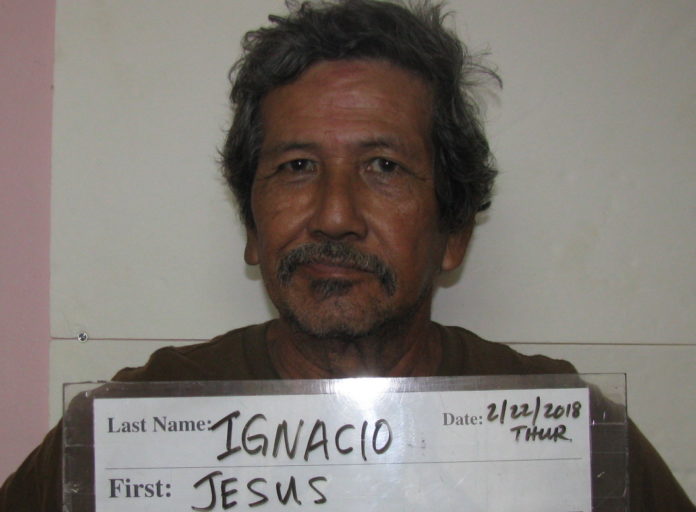 Guam – The search for a stolen Rolex watch belonging to a local businessman has led police to an arsenal of firearms and ammunition all allegedly belonging to an ex convict who’s listed in the Guam Sex Offender Registry.

Police were working with an informant who led them to Jesus Ignacio, 65, who was living in a stationary bus in Mangilao.

With a search warrant in hand, police raided Ignacio’s home where they found a trove of guns, including a 12-gauge shotgun, two 30-caliber rifles, seven 22-caliber rifles, multiple magazines and ammunition.

According to a magistrate report, the case stems from a burglary at the home of a local prominent businessman in Barrigada Heights. The witness told police that she saw a man give Jessiree Ignacio a silver and gold Rolex watch who then gave the watch to her father Jesus Ignacio.

The witness told police she believed the watch to be the same Rolex watch stolen from the Barrigada residence. The informant went to police after she saw Jesus wearing the stolen watch while she smoked ice with him and his daughter.

This tip led to the raid and the seizure of the firearms as well as drug paraphernalia, several glass pipes with meth residue, several clear plastic baggies and five marijuana plants.

Jesus Ignacio was charged with possession of firearms without firearms identification card as a third degree felony and possession of an unregistered firearm.

According to police, Jesus Ignacio has a history of felonies. The sex offender registry shows he was convicted of criminal sexual conduct in 2006 for sexually assaulting a 21-year-old woman.