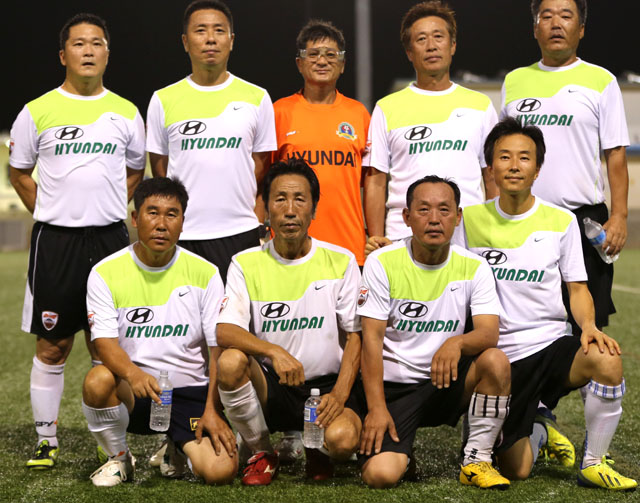 In addition to the championship win, Hyundai Family FC also won the division’s Fair Play Award, by collecting the least number of caution cards during the season.

[ Members of the Hyundai Family FC team pose for a photo following the team’s Week 20 Masters Division match of the Budweiser Soccer League. In the photo from left to right in the front row are Jae Yoon Cha, Yon Yim, Chul Park, and Chris Choi. From left to right in the back row are Keith Yoo, Se Lim, David Jun, Yun Kang, and John Oh.]