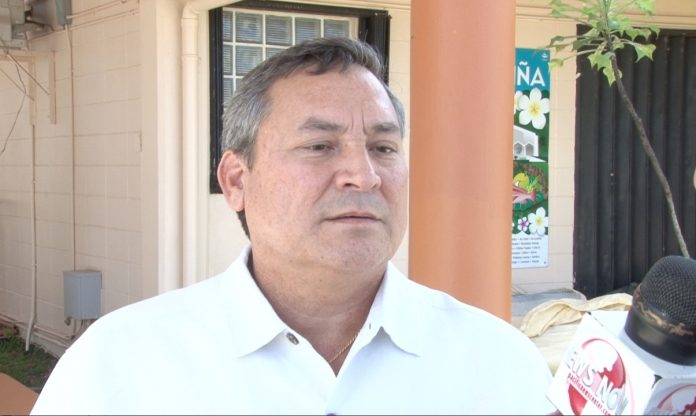 Governor Eddie Calvo reiterated many times to the committee that he is not their enemy.

Guam – Today at a decolonization committee meeting, a heated debate broke out between Governor Eddie Calvo and members of the committee.

The issue at todays meeting centered on the committee’s Calvo’s plan to push for a plebiscite vote by 2016. While Calvo says he is all about working together, committee member Dr. Michael Bevcaqua said his actions speak louder than his words.

“I’m really confused because you’re a member of this commission and I really don’t understand why you are taking the lone wolf approach. And saying I’m just going to do this and here’s my plan when you could have just come to the meeting and presented your plan to us and we would have given you feedback,” said Bevacqua.

Bevacqua and Victoria Leon Guerrero said that the commission was ready to vote today on when the plebiscite vote would be, but by going on his own and creating his plan, he took that power away from the decolonization committee.

“It’s not just passion…. Listen as well, there is actually evidence that we have been moving,” said Leon Guerrero.

Speaker Judi Won Pat and Senator Rory Respicio both pressed Calvo to allow the decolonization commission to have the ultimate say over whether or not to move forward with a plebiscite vote when Calvo’s plan comes to an end in July.

There was also concern as to whether or not the education plan, which aims to educate the whole island on self-determination, was possible in such a short period time. The decolonization committee recessed until 3 p.m. tomorrow, no vote was made.