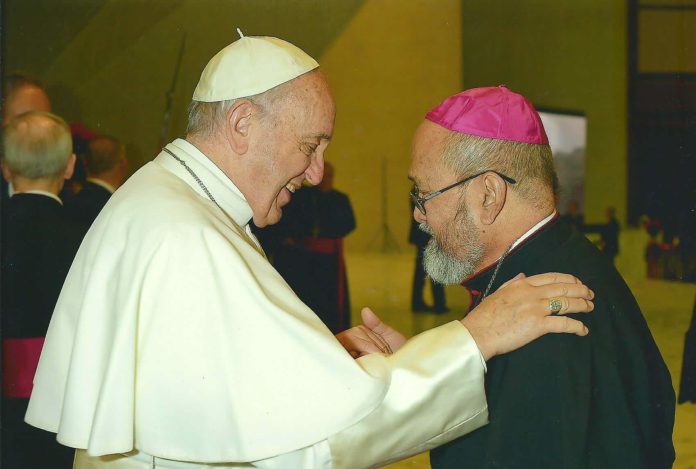 Guam – In what could be his last public move or appearance, Guam’s suspended Archbishop Anthony Apuron met with Pope Francis at the Vatican last week.

Archbishop Apuron had the opportunity for a papal audience with Pope Francis last Wednesday.

The online website La Stampa, which runs stories on the Vatican, quotes Apuron as saying, “Holy Father, I wanted to see you before dying.”

Accoring to La Stampa, the pope “reacted with affection, shaking the bishop’s hand and privately giving him a few words of encouragement.”

The results of Apuron’s canonical trial was reportedly reached about six months ago but not yet disclosed. Apuron was accused of sexually abusing four altar servers in the 1970s at the Mt. Carmel Church in Agat.

A fifth person came forward last month, Apuron’s nephew, Mark Apuron, with allegations of rape. All five alleged victims have filed suit in federal court against the suspended archbishop and the church, seeking millions in damages.

Following, the latest allegation, Archbishop Apuron issued a statement announcing he had just had surgery and vehemently denying the allegations against him, alluding to a conspiracy to overthrow him as the basis for such allegations.