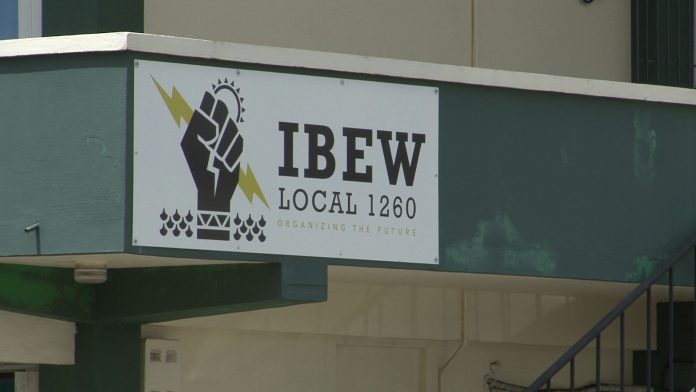 The International Brotherhood of Electrical Workers represents about 900 union members on Guam.

Guam – The leaders of an electrical union have been placed on administrative leave pending the outcome of an internal investigation.

A release states that the International Brotherhood of Electrical Workers, or IBEW Local 1260 in Honolulu was placed under trusteeship and because Guam falls under the Honolulu office, the Guam union representative was also placed on administrative leave.

Here on Guam, there are about 900 union members with IBEW.

Our ABC Affiliate station in Honolulu KITV Island News reports that the IBEW Local 1260 was placed under trusteeship amid financial concerns involving IBEW’s local agent in Honolulu, Brian Ahakuelo, who has denied any wrongdoing.

On the IBEW website, a release states that while an investigation is underway, “The local’s collective bargaining agreements remain in effect and the business of the local will continue while under trusteeship.”