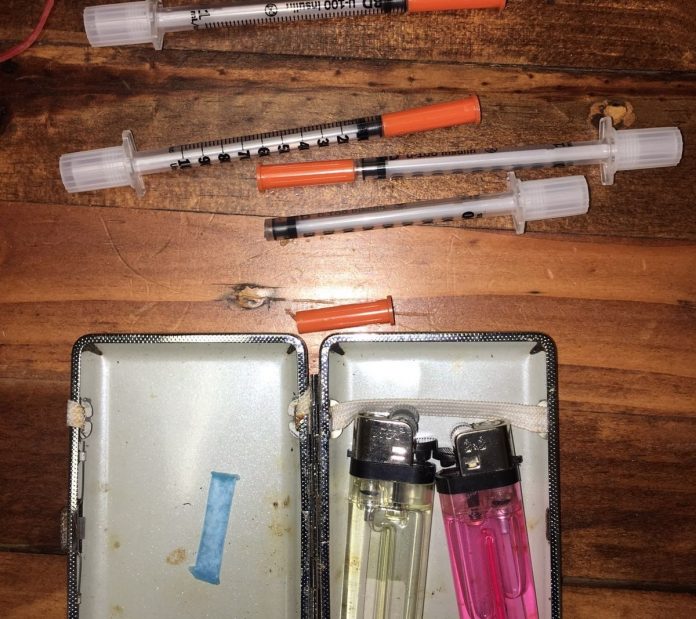 DOC says the contraband was thrown over the fence on three separate occasions.

Guam – Another illegal contraband bust happened over the weekend at the Department of Corrections. Authorities confiscated packages that were thrown over the prison fence, some of which contained crystal methamphetamine or the drug ice.

The Department of Corrections is investigating illegal contraband that almost made its way into prison over the weekend.

PNC obtained pictures of the items that were thrown over prison fencing. The images show what appear to be containers of tobacco wrapped in duct tape. It also shows images of lighters, syringes and a sealed bag containing crystal-like substance. One of the images says that the substance tested positive for the drug ice.

DOC Spokesperson Capt. Jeff Limo says the images are from three separate attempts at smuggling in the drugs over the weekend. Corrections Officers found the contraband and turned it over to authorities.

In addition to smuggling in illegal drugs and other contraband into prison through visitations, throwing the items over fencing has also been a common problem for DOC.

Last month corrections officers confiscated cell phones during an unannounced shakedown at the Mangilao facility. Three men were arrested for the cell phones and charged with promoting prison contraband as a second degree felony.

A little over a year ago a corrections officer was busted for attempting to smuggle ice into work through a rolled up jacket. Eugene Sunega was caught during a random inspection. He was eventually fired and charged in federal court for the crime.

Last year August, DOC was forced to place the entire facility on lockdown after six prisoners reportedly overdosed on spice, a synthetic drug that’s marketed as a substitute to marijuana.

Limo says an investigation is underway to determine where the ice came from and who the intended recipient was. He says shakedowns were conducted but nothing else was found.