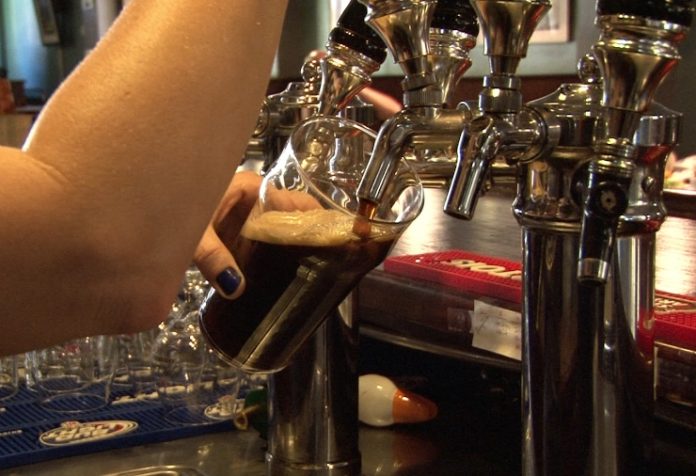 In two months, employees of stores, restaurants, and gas stations that sell or serve alcohol should have completed alcohol management training according to a law. Hundreds of residents still have yet to take the course.

Here’s why the alcohol training is important.

GCC Asst. Director Communications & Promotions Jayne Flores says, “What is really important about this training is that it makes our community safer. Everybody knows the rules, especially the servers and sellers, they know the rules. They know about people who try to buy underage with a false ID, they know how to pick someone out when they are too intoxicated and how to gently cut them off, they will know how to handle customer disturbances.”

That’s some of what the alcohol training encompasses. In 2013, the Alcohol Seller/Server Training bill became law. Since then, the Alcohol Beverage Control board and the Guam Hotel and Restaurants Association worked together to come up with the rules and regulations. As part of the law:

Flores explains, “If an establishment or a bartender at an establishment serves someone who is intoxicated and they keep getting served and they leave that establishment and get into an accident and injure or kill someone, the establishment can be held liable.”
June is when the full implementation of the law kicks in. Meanwhile, the ABC board has been reaching out to establishments to inform them about the training. So far, out of the hundreds of residents that are sellers and servers of alcohol, Flores says as of March 31st, only 564 have taken the course. With less than two months away until June…
“If they’re not in compliance, basically, they have to lock up their alcohol, put it away and not serve it. Now at the same time, we’re in the position to find them and give them a citation. And the fine is $1500. So if we walk into a bar and nobody has a ABC card or went through the course, basically they have to close the bar,” says ABC Compliance Branch Acting Supervisor Joe San Agustin.
Alongside promoting a safer community by taking the training, here’s another perk.
San Agustin explains, “If you’re licensed as a cashier and you get a card, you can use that same license and same course to work at one of the hotels, one of the bars, another gas station or anywhere else that sells alcohol. That would be good.”
San Agustin says for now, GCC is the only place on island that’s certified to provide the alcohol management training, but in about a week, GHRA will be on board as well. GCC’s Techniques of Management Workshop is a three-hour one-day course. To register or for more information, call GCC at 735-5574.