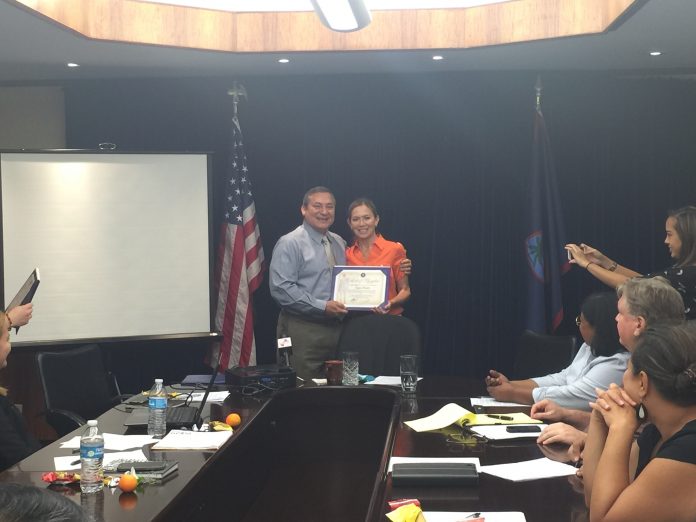 Governor Calvo met with the Imagine Guam members to award each of them as pioneers of Guam’s future and to finalize the core values that Imagine Guam will stand by.

The topics of community, family, health, education, and self-reliance were involved when it came to this morning’s meeting. The group members spoke amongst themselves to come to a consensus on the core values centered around dreams for a community involving the Chamoru language, cultural values, and history and heritage.  The team worked out how to hold to the very roots that keep Guam the unique island that it once was, currently is, and they dream it will further become.  They have a dream that, by 2065, Chamorro will be the common language of Guam with teaching and learning it as a standardized language.  Another topic that came up was Guam’s Catholic roots. Governor Calvo says he is in favor of focusing on the spiritual aspect of Guam’s culture without letting the politically correct comfort overlook the core of what needs to be acknowledged. Members of the group will later continue to work out details of how to address the community with these topics.  Governor Calvo also awarded members with certificates for their participation in the effort to pioneer the future of the island.

Governor Calvo mentioned that Guam is a place where we have the ability to be less politically correct than other countries due to the connection of traditions and roots.  More updates will follow as the Imagine Guam meetings continue to develop the plan for Guam’s future.