CAMP LEATHERNECK, Afghanistan — Soldiers from Guam and Denmark broke cultural barriers mid-October by sharing a training program and forming a bond of friendship.

Members of Bravo Company, 1st Battalion, 294th Infantry Regiment, Guam Army National Guard, participated in shooting skills competition hosted by their new Danish friends and in return, the Guam Guardsmen set up their own firing range for the Danes’ participation. Using their own issued weapons, the Soldiers were able to see how each nation qualifies as either a marksman, sharpshooter or expert rifleman.

“By far, the Danish ranges were tougher than how we normally qualify,” said 1st Sgt. John Pangelinan, Bravo Company first sergeant. “It was good for us to experience that. Our Soldiers were able to see how another (nation) operates their ranges and the different weapons they use. Likewise for them, they were able to see how we fire. It was a good exchange of both programs.”

The Guam and Denmark Soldiers had planned the training for several weeks, says Capt. Karina Wobbe, Denmark operations officer. It took time to set up the firing range and coordinate personnel to compete when not on their scheduled Operation Enduring Freedom missions.

“For us, the biggest thing we’ve gotten out of this is how friendly everybody is from Guam,” Wobbe said. “It was good training. It was a great experience for us. Hopefully this is the start of further missions with Guam.” 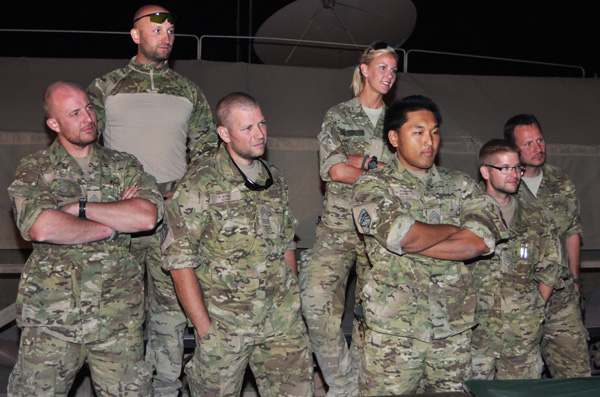 Guam and Denmark Soldiers work in the same building but in different offices, Wobbe explained. This interaction led to the friendly competition.

Staff Sgt. Randy Eustaquio, squad leader, was the only Bravo Company Soldier to earn a silver medal, accumulating enough points to attain a top-three level in Danish marksmanship, with gold being the highest standard. More than a dozen Denmark shooters earned expert badges. 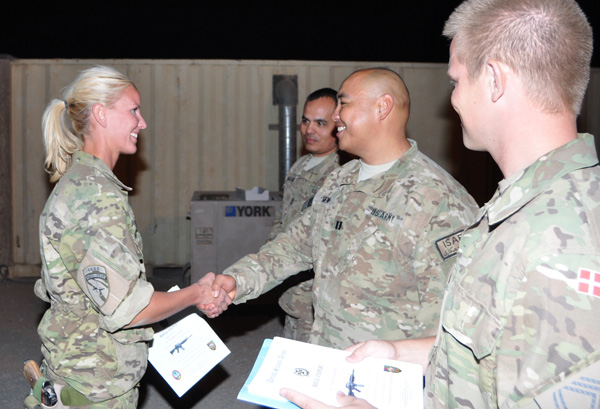 The qualification standards differ between each country, Pangelinan explained. Denmark is tougher because it requires shooters to fire at a target 200 meters away. In one of three qualifiers, shooters fire from the kneeling position (four shots) and then right away must readjust to the prone position and fire another four shots at a target. The shooter has 40 seconds to perform this qualification. 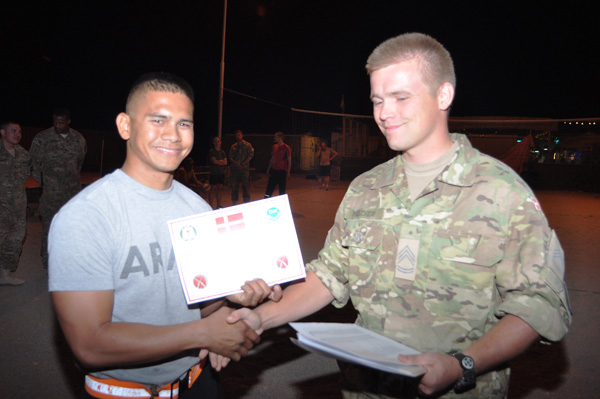 “This was something different than how we normally qualify,” Pangelinan said. “We learned from this. This lets us know how another country does their range operations compared to what we do.”

At the end of training, the Guam Soldiers hosted an island-style barbecue featuring kadon pika, chicken and beef kelaguen, red rice, finadene and other Guam dishes.

“Best food we’ve eaten in Afghanistan,” one of the Danes boasted. “Better than what they serve in the eating facility.”

Denmark is one of 28 NATO alliances. It is also one of about two dozen countries assisting the NATO Training Mission-Afghanistan’s goal of supporting the International Security Assistance Force’s mission of helping stabilize the Afghan government’s security forces. 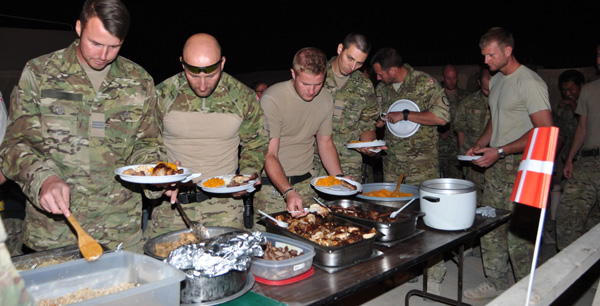