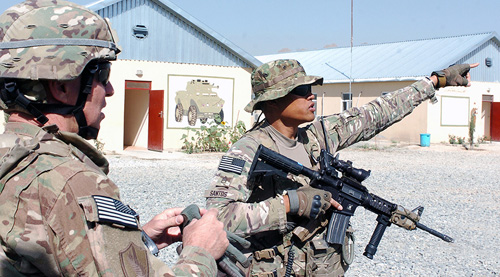 Such is the case at Camp Blackhorse, Kabul province, where a team from Headquarters-Headquarters Company, 1-294th Infantry Regiment, does a professional job at supporting the Afghan National Army.

About a dozen Guam Guardsmen serve as guardian angels for civilian instructors, who in turn conduct extensive training on Mobile Strike Force Vehicles (MSFVs), a critical piece of equipment for ANA operations.

In one of Afghanistan’s key institutions where ANA soldiers are trained, Guam Guardsmen inconspicuously fulfill their Operation Enduring Freedom requirements by protecting civilians from possible threats.

“This is important because of the combat continuity that this course provides the ANA,” said Capt. Gene Guerrero, HHC commander. “HHC’s guardian angel protection helps contractors and (Department of the Army) civilians focus on the students and teach the course instead of worrying about external threats, if any.” 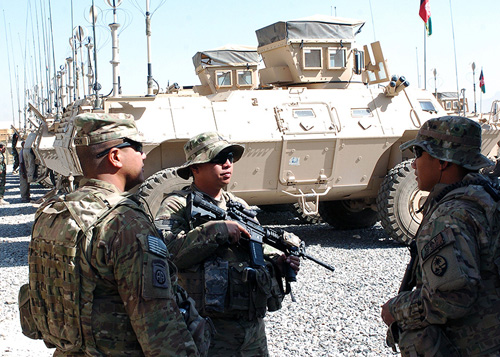 This is a daily operation, Guerrero explained. His Soldiers spend hours a day within close distance of their principals, or somewhere about ANA’s Armored Branch School, site of hundreds of MSFVs. The school draws large amounts of ANA soldiers, who must complete an eight-week class of theoretical and practical MSFV training.

“This mission is important because now the Afghans have the lead in the security of their country and the Coalition Forces have the back seat,” Guerrero said. “These classes and these vehicles help them to secure a better Afghanistan.

The Guam Guardsmen understand that their mission supports Afghanistan’s security. Staff Sgt. Erico M. Santos, non-commissioned officer in charge of the group stationed at Camp Blackhorse, assures everyone has radio communication when performing their missions. Several tactical vehicles, occupied with a gunner and driver, are placed in strategic areas and situated in a manner that allows them to maneuver elsewhere if needed quickly. 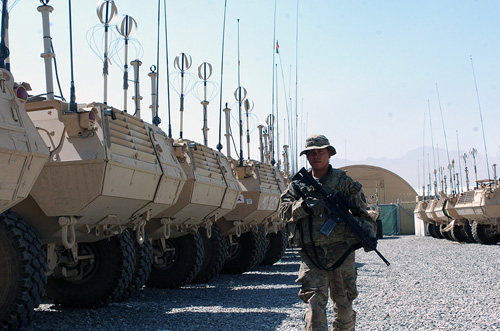 The Guam Guardsmen also rotate throughout the compound on foot, keeping the perimeter in sight as well as inside classrooms and adjacent buildings.

“Our main focus is taking care of the guys who are doing their job securing the future of Afghanistan,” said Santos. “We’re trying to keep everything safe so they can concentrate on the training.”

“Having the Guam Soldiers providing security day in and out is very important for my co-workers and me. Without their support, we would not be able to perform our duties feeling secured.” 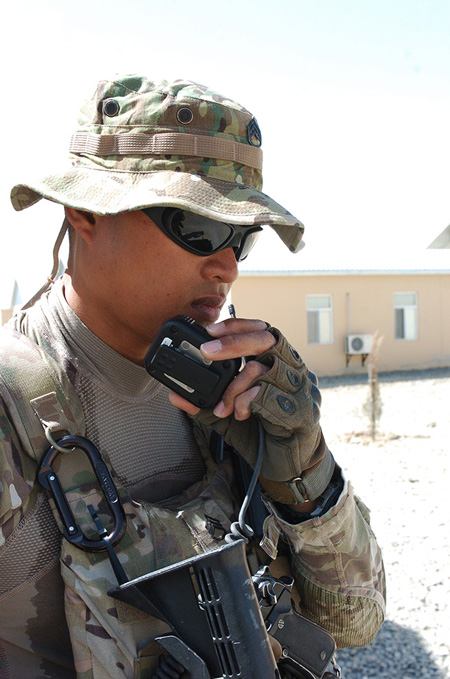 “The goal for the Armored Branch School is to have the Afghans all trained to the point that by the start of training for the seventh Kandak (Special Operations unit), the Afghans will be self sustained and training themselves,” said John B. Simpson III, program manager, Afghanistan Operations and Logistics for Textron Marine and Land Systems.

“It’s a continuous effort to protect U.S. interests and personnel,” said 1st Sgt. John T. Johnson, of HHC. “There is a constant possibility of insider threats. In order to mitigate that threat we must provide constant force protection presence for our Soldiers and Civilians.

“It’s important for TF Guam because our personnel are conducting these missions. We contribute to the overall success of the NTM-A mission and to the great people of Afghanistan.” 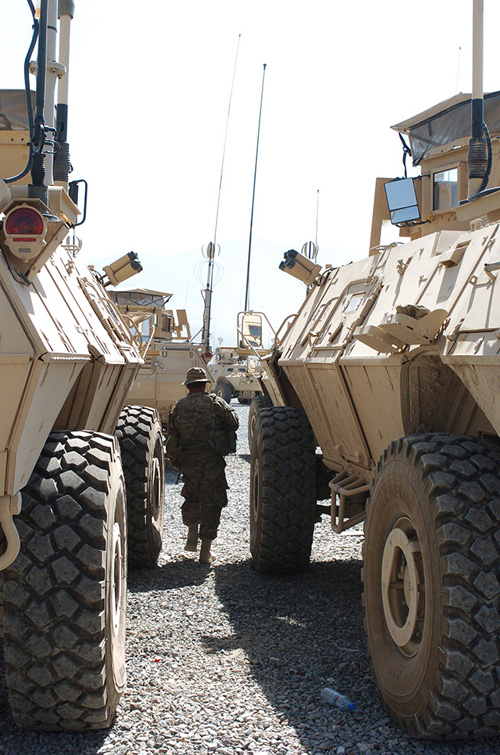 In May 2011, Textron Marine & Land Systems was awarded a full-rate production contract by the U.S. Army to supply 240 MSFVs for the ANA (Source: http://www.army-technology.com). The contract also includes the provision of related equipment, spares, field service and training. 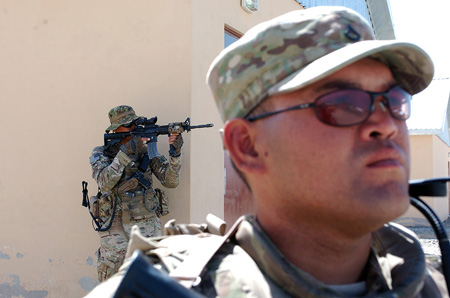