It was evident late November when Chamorro warriors stationed throughout Afghanistan for Operation Enduring Freedom received care packages from Project Minagof, a program sponsored by Guam’s governor and lieutenant governor and supported by nearly a hundred businesses and individuals. Add a horde of community support, and you have an island that cares for its nearly 600 sons and daughters overseas.

“Our Soldiers are very grateful for this. They’re aware a lot of effort was put into this back home,” said Lt. Col. Michael Tougher, Task Force Guam commander and leader of 1st Battalion, 294th Infantry Regiment, Guam Army National Guard. “We received so much community support since we started this mission. We cannot thank Guam enough, we’re very happy Project Minagof came through for us in this way.”

Every soldier received a care package. Inside were remedies for a Guam service member missing home — a can of Spam, magazine, locally-made cookies and snacks, lanyard and the famous Chamorro medicine: a bottle of Tabasco.

“This is just one way for us to bring home closer to them and remind them that we are grateful for their service,” Guam Lt. Gov. Ray Tenorio said via the governor’s website. 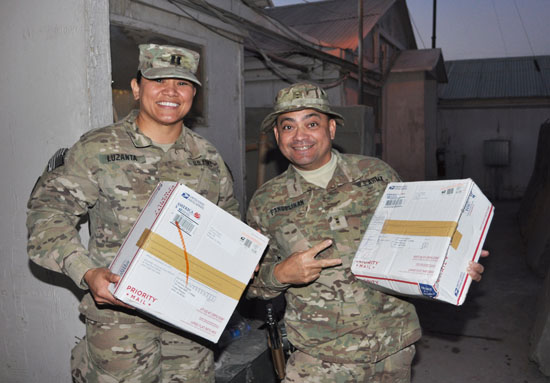 “Our servicemen and women are some of the most patriotic Americans. They are proud Americans and they represent our island well,” Guam Gov. Eddie B. Calvo stated on his website. “This project demonstrates their Guamanian family’s continued support and gratitude for their service.” 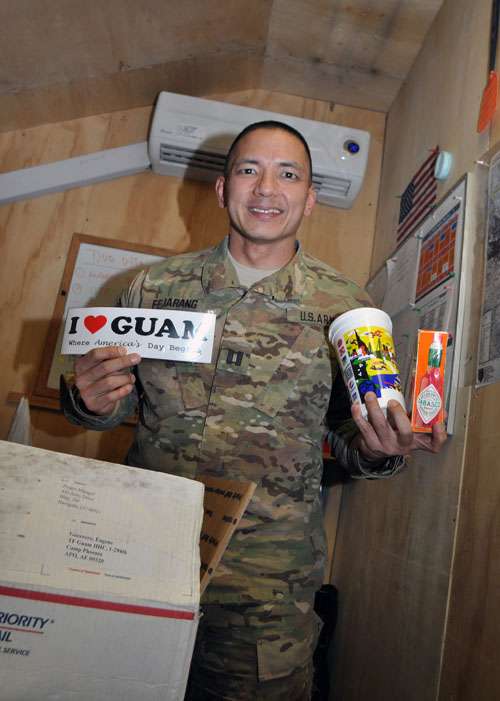 “We appreciate this. Everyone was honored to get one,” said Guerrero. “This is a tremendous gesture and we humbly thank Project Minagof. You can see it in the Soldiers’ eyes they were happy to receive them.”

“It is always great to see our island community pull together to show their appreciation of our Guam Soldiers, to let them know they are not forgotten and are proud of their work and commitment to our nation,” said Capt. John Salas, Charlie Company commander. “The Project Minagof initiative was a hit for every soldier. There were smiles everywhere as soldiers opened up their care packages. We all appreciate this. Kudos to the governor, lieutenant governor, sponsors and the people of Guam for making this happen.” 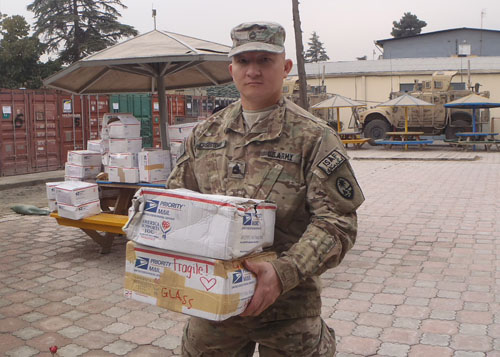 On Guam, businesses and individuals made monetary donations to Project Minagof to support Guam Soldiers. Volunteers got together to sort items and package them for shipping. This process started months ago, but it was in early November when care packages were finally sent to Afghanistan.

The Guam Variety stated that each care package was worth about $50, and total cost to send them was about $10,000.

“It’s tough to put one care package together, yet Project Minagof sent us 600,” Tougher said. “Words do not describe what they’re done for the morale of our troops. Our Soldiers are very thankful for this show of support. It reminds them of the Chamorro generosity they are coming home to very soon.”