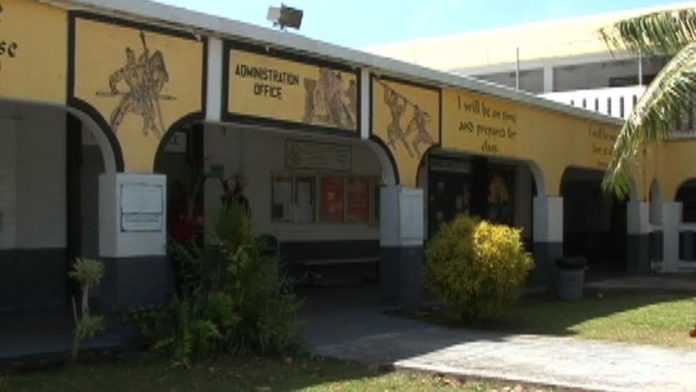 Guam – For over two hours Inarajan Middle school was placed on lock down, as a result of a possible threat.

Information indicating that a bullet was on school grounds, prompted the lock down of the middle school campus at 10 this morning (Weds). Students, staff and teachers sheltered in place as the campus was searched. According to GDOE Public Information officer Isa Baza, no bullet was found and the lock down was lifted at 12:48 p.m.

This is the third lock down initiated in less than two weeks, the first lock down occurred at Tiyan High School, the lock down was later confirmed to be an active shooter drill but the fiasco created a scare within the DOE community. A day later, Southern High initiated a lock down as a result of a possibly threat of violence that was discovered on social media. A student allegedly posted words and images depicting violence, that student was searched, while nothing was found the student was removed from campus by local authorities.