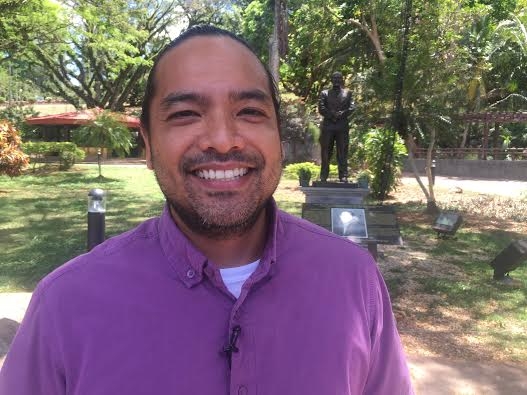 Fuetsan Famaloa’an, the independence for Guam task force the Nasion Chamoru and Our Islands are Sacred formed a coalition in opposition to Governor Eddie Calvo’s plans to open the self-determination vote to non native inhabitants of Guam.

Fuetsan Famaloa’an, the independence for Guam task force the Nasion Chamoru and Our Islands are Sacred have all formed a coalition in opposition to Governor Eddie Calvo’s plans to open up the vote on Self-Determination to everyone and not just the native inhabitants of Guam. “The fundamental purpose of a self-determination plebiscite is to give the colonized an opportunity to decolonize. So any vote that does not focus entirely on those peoples who have been colonized really undermines not only the work that has been done prior to this but also dis-empowers further and serves to further colonize those who have been colonized,” said coalition member Melvin Won Pat Borja.

The coalition says that opening up the vote to all registered voters of Guam circumvents local and international laws and the basic human right of a native people to determine their political status.

Currently Guam law says that only native inhabitants of Guam can vote for the island’s political status. Native inhabitants are described as anyone who was made a citizen on Guam by virtue of the organic act and any of their descendents

“We are already engaged in a legal battle with the Dave Davis case regarding who should and should not vote on this plebiscite You know the government of Guam has taken a very clear stance on the Davis case and it is our Attorney General who is involved in this battle and for us to say that we are going to turn around and move against that legal position in essence is an admission of guilt and it’s very problematic because it contradicts what our government has already put so much time energy and resources into,” said Borja.

The Coalition is also concerned about the amount of time there is to educate people properly if the political status election is held this November. “A major component of any decolonization vote any self-determination vote is to conduct an effective an efficient educational campaign so that the native inhabitants who are going to be voting and deciding their political destiny will have an opportunity to understand what options are available to them and decide for themselves what they feel is right for their people. You know we have not had any sort of educational campaign to date,” said Borja.

During the last Commission on Decolonization meeting the members decided that they would vote on the year they believe the plebiscite could responsibly occur. That vote is supposed to happen tomorrow(Tues.) at 3pm. However, the coalition says the Governor appears to be unaware of this. “The Governor is the chairperson of the Commission on Decolonization and in the last six years that he has been the chairperson he has only attended two commission meetings.”