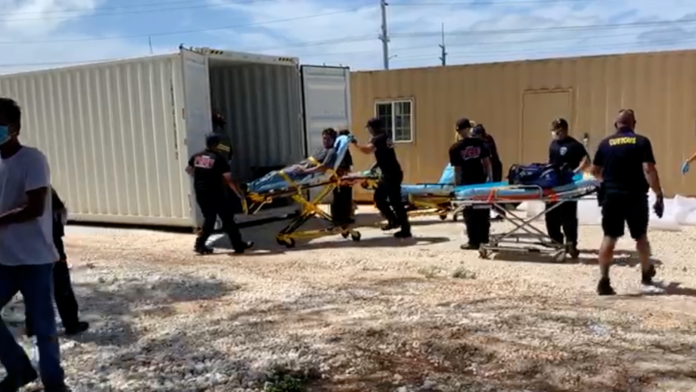 Four men suffered what were described as minor injuries after a sheet of steel inside a container collapsed Tuesday morning.

It happened around 9:30 a.m. at the LMS lot across from the Micronesia Mall.

They had to be extracted using air bags and the jaws of life.

Three of the injured are said to be LMS employees. One was a customs officer.

They were all taken to Guam Regional Medical City. transported to GRMC.

Reilly said, “all were conscious, alert, and in stable condition with no life threatening injuries.”

4 injured after a sheet of steel inside container falls on them. https://t.co/6M2quGghCY https://t.co/E1Mttgl4Z7