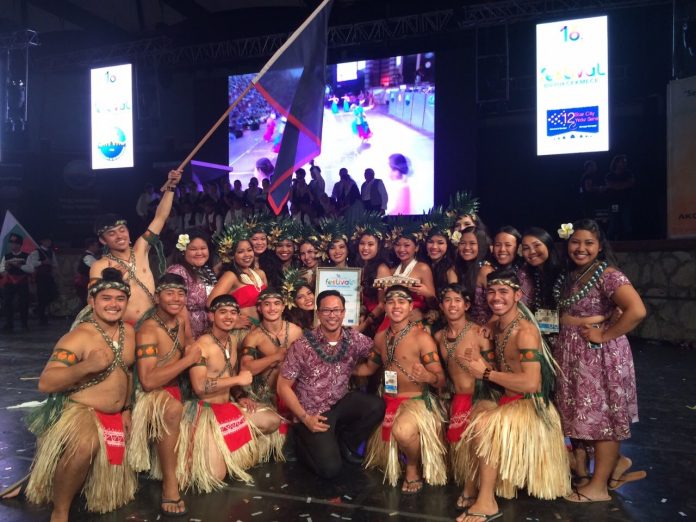 Guam – The Inetnon Gefpa’go cultural arts program has returned from their trip to Europe where they won 4th place and 3rd place in two different International folk dance festivals.

Inetnon Gefpa’go placed fourth at the 32nd International Folk Festival Caparti 2015 in Arges, Romania. Only a few point differences seperated Guam from the top three spots. Guam did extremely well against countries that are much larger. Argentina came in 3rd place, Georgia came in 2nd place and Korea came in first place. However, Guam beat out much larger countries like France and China. Before they competed in Romania, Inetnon Gef Pa’go won 3rd place at the 16th annual international Buyukcekmece Culture and Arts Festival in Instanbul.

(AUGUST 20, 2015 – ARGES, ROMANIA) – The Inetnon Gefpå’go Cultural Arts Program has announced that Guam placed fourth at the 32nd International Folk Festival, “Caparti 2015” in Arges, Romania. Only a few points difference separated Guam from the top three spots, with third place going to Argentina, second to Georgia and first to Korea. However, Guam was able to place higher than other countries that included France, China, Serbia and Turkey.

“It’s an honor to bring home two wins for our island home with the third place award from the 16th International Büyükçekmece Culture and Art Festival in Istanbul and now, fourth place here in Romania,” said National Folkdance Director and Master of Chamorro Dance Vince Reyes.

“To perform among thousands of people from around the world and share our Chamorro culture is something we are very proud of doing. We brought the island community with us every step of the way. Un Dångkolo Na Si Yu’os Ma’åse to everyone for your continued support. There’s much more to come!”

With the conclusion of the folkdance competition in Romania, Inetnon Gefpågo has wrapped up its successful international tour in Europe. The group is now making their way back to Guam.