Brandon Fujikawa 18, and Alex Gagarin 19, Both from the village of Malojloj took home the 2nd prize, beating 18 other countries.

First Place was awarded to dancers from the Czech Republic.

Fujikawa and Gagarin are part of a 12-member team of Inetnon Gefpa’go who have been in Korea since September 29, 2013.

Cheonan World Folkdance Organization invited Inetnon Gefpa’go to represent the Pacific as guest performaners with the exception of the best dancer competition.

Group Director, Vince Reyes says ”  I am extremely proud of them and their representation of our island and culture”.

[Guam Delegations poses with Emil Dimitrov, Vice General Secretriat of FIDAF and President of Folkworld Organization during the closing ceremonies] 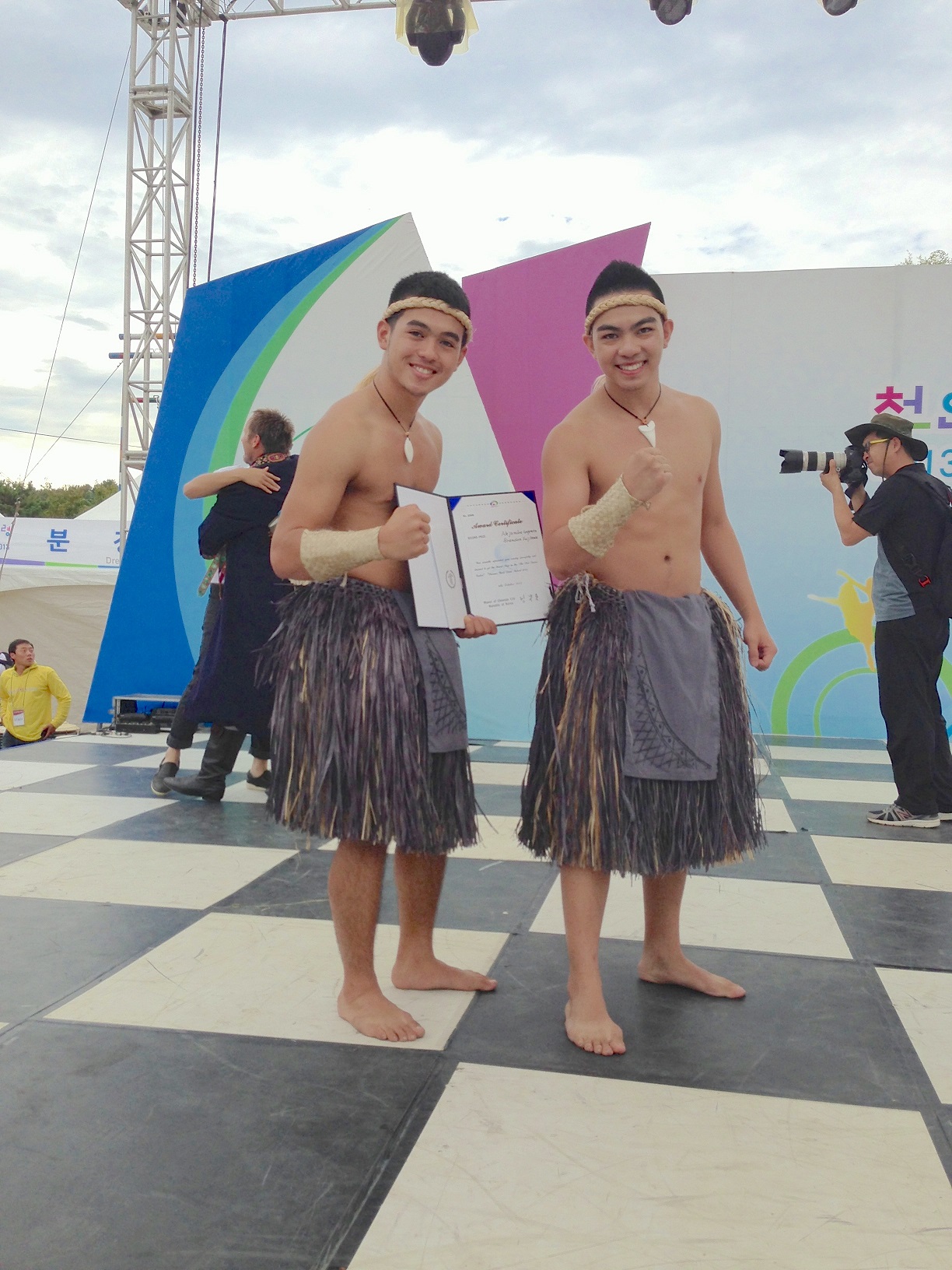 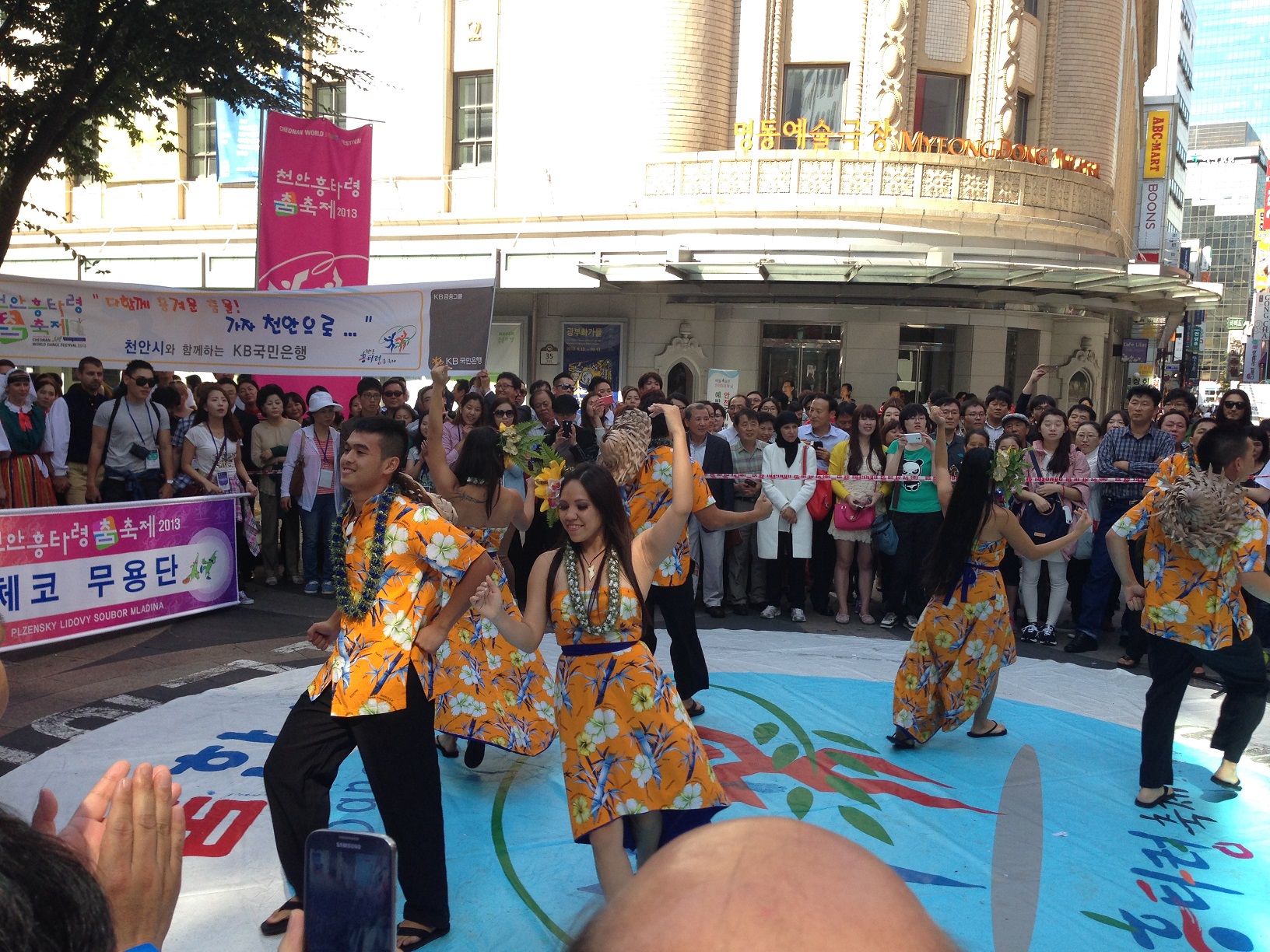 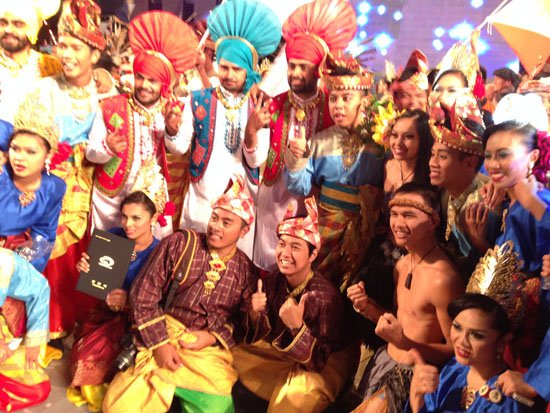 [Inetnon Gefpa’go’s Daniel Gascon and Isa Gagarin, both attending Southern High School, pose with participating countries from around the world during closing celebration]