Guam – Guam Police have arrested 27 year old Ruben Katzuta of Dededo for Attempted Murder in the New Years stabbing of a 19 year old Yigo man who remains in critical condition at GMH.

All 3 have been booked and confined. 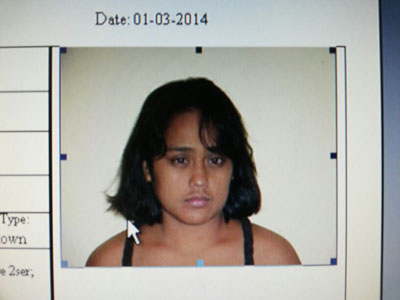 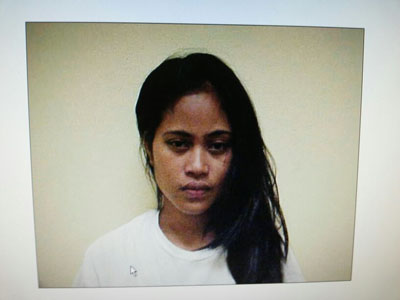 According to a release from GPD Spokesman Officer A.J. Balajadia, the stabbing occurred last Wednesday night at 8pm.

Officers found the victim lying on the ground behind a home at Chalan Tun Tomas Dongo Street in Yigo. He had been stabbed in the chest and was rushed to GMH where he remains in critical condition.

Officer Balajadia reports that the subsequent investigation led to witnesses who identified Katzuta as the suspect.

This arrest stems from a disturbance that occurred on January 1, 2014 at approximately 8:00 p.m. at a residence on Chalan Tun Tomas Dongo, Yigo. On that night, Patrol Units from the Dededo Precinct Command (DPC), responded to a reported disturbance at the residence (reportedly with an injured person who sustained wounds from a knife attack). When Patrol Units arrived on scene they found the 19 year old victim lying on the ground behind a residence with reported knife wounds to the chest. The victim was immediately transported by medics to the Guam Memorial Hospital, where he is currently listed in critical condition. Through their investigation detectives found witnesses which led to the eventual identification of the suspect.

Ruben Katzuta, male/Chuukese/27/Dededo, for Attempted Murder, Aggravated Assault, Assault, Possession of a Deadly Weapon while in the Commission of a Felony and Warrant of Arrest. He was later Booked and Confined at the Hagatna Detention Facility.

They were Booked and Confined at the Hagatna Detention Facility.