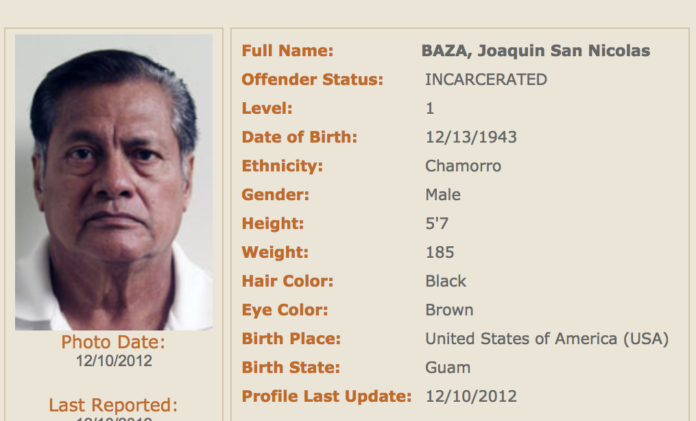 Guam – The inmate who was found dead in his cell just 30 minutes after officers made rounds died of natural causes, according to Chief Medical Examiner Dr. Aurelio Espinola.

Dr. Espinola said the inmate, identified as Joaquin Baza, 74, had been suffering from prostate cancer.

Baza was a former warden of the Department of Corrections and was convicted in 2012 of criminal sexual conduct for the rape of a minor. He was serving a 13-year prison sentence.