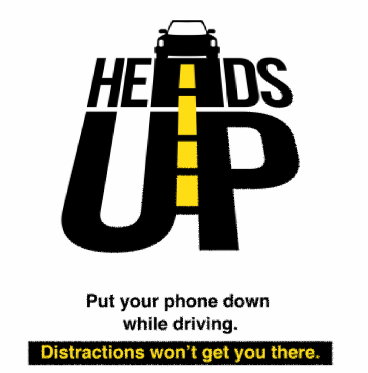 (Press Release) The Insurance Association of Guam (IAG) is proud to announce a new outreach campaign aimed at increasing roadway safety. The IAG in partnership with private
companies is launching the “Heads Up” campaign aimed at deterring distracted
driving for all drivers in Guam.

According to the National Highway Traffic Safety Administration of the United States
Department of Transportation, 3,450 people were killed because of distracted driving
in the United States. 391,000 people were injured in 2015 because of distracted
driving. Additionally, teens account for the largest age group who are distracted at
times of fatal crashes according to the NHTSA website.

“It’s important to continuously push the message out there that a text message or
social media notification can wait; it can even save a life,” IAG Chairman Ray Schnabel said.

This new outreach campaign – the first for the IAG – will hit the radio airwaves to
include print and social media to try to keep Guam’s roadways safer for drivers and
pedestrians.

With a full spread of year-round outreach push, the IAG hopes the
campaign can reduce the number of distracted driving fatalities on the island. “Texting
and driving isn’t only unsafe, it’s deadly,” said Monique Baysingar, IAG Campaign
Committee Chair. “Heads up! Distractions won’t get you there, Guam!”