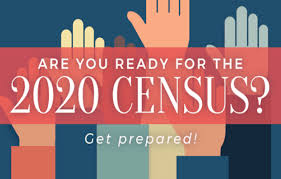 Together, the two have planned a series of webinars for the public in an effort to spread the word about the upcoming United States decennial census that begins on April 1, 2020.

“Accurate data regarding Native Hawaiian and Pacific Islander communities and all communities in the United States is critical to shaping our collective future,” said Assistant Secretary Domenech. “We are specifically focused on Native Hawaiian and Pacific Islander communities with whom our offices work on a regular basis and will host a webinar that focuses specifically on efforts to count Americans in the U.S. territories of American Samoa, Guam, the Commonwealth of the Northern Mariana Islands and the U.S. Virgin Islands.”

The U.S. Department of the Interior’s (DOI) Office of Insular Affairs (OIA) and the Office of Native Hawaiian Relations (ONHR) are partnering to support and echo Census efforts to ensure that everyone is counted in 2020, and to allow for better targeting of DOI resources in serving the Native Hawaiian community, U.S. citizens from the U.S. territories, and individuals from the freely associated states who reside in the United States as provided for under the Compacts of Free Association.

The schedule of upcoming webinar sessions follows below. Join discussions via webex: https://departmentoftheinteriorinsularaffairs.my.webex.com/meet/tanya_joshua. Use meeting number: 795 329 131.

The full webinar schedule with detail and how to participate may be found on the OIA website at: https://www.doi.gov/oia/census2020-nhpi-outreach.