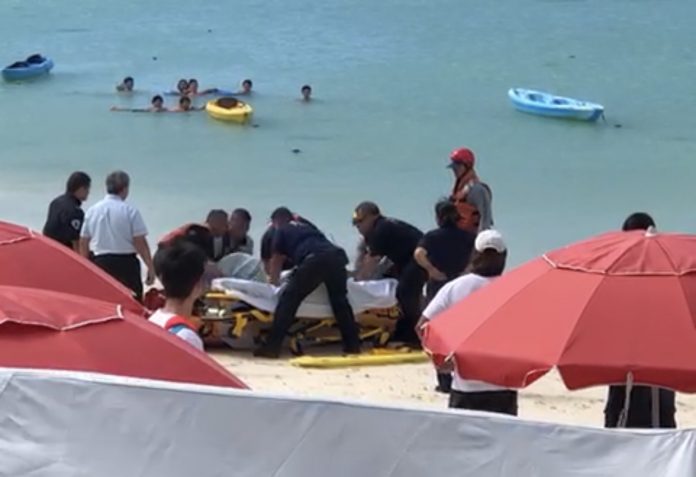 Guam – An investigation is underway in the death of an airman who was deployed to Guam recently.

In a statement to news media, Andersen Air Force Base says one of its own was found unresponsive in Tumon yesterday around 1:30 p.m. The Air Force could not disclose the identity of the victim pending notification of kin.

Coincidentally, the Guam Fire Department responded to a reported drowning yesterday in Tumon near the Westin Resort. GFD spokesman Kevin Reilly, however, did not disclose further details, such as the time of the drowning or the status of the victim, only indicating that GFD is following protocol.

A viewer-submitted video captured yesterday appears to show first responders placing a lifeless body onto a stretcher. However, it’s not clear if the Air Force’s statement and the fire department’s release involve the same victim.