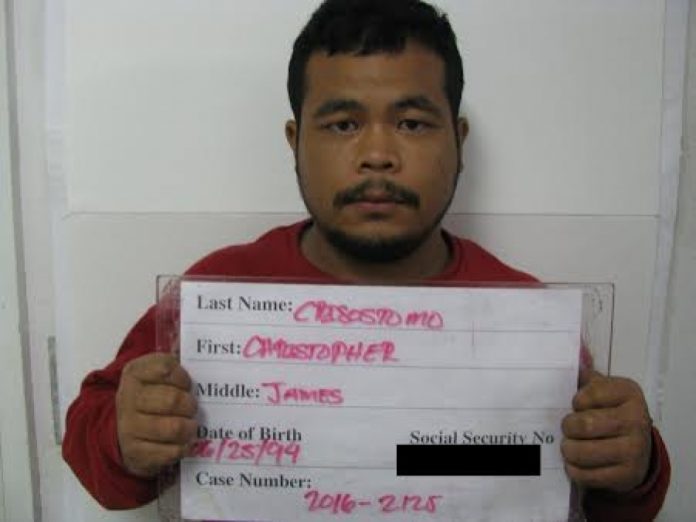 Christopher Crisostomo was charged with terrorizing and criminal mischief, among other charges.

Guam – The man who was accused of being involved in two separate shootings in the span of about three weeks appeared in court today to face charges.

Christopher James Crisostomo was first arrested on January 22nd for his involvement in a shooting in Ipan. The 21-year-old Crisostomo was arrested along with three others, including one cop, Officer Jojo Garcia.

While no one was injured in that Ipan shooting last month, none of the suspects were charged in Superior Court and all four were released. Then, on Tuesday, February 9, Crisostomo was arrested again, accused of shooting at a man he had a beef with who was driving by Crisostomo’s residence.

According to court papers, Crisostomo pointed what appeared to be a rifle at the victim’s car and shot at the passenger side which shattered the passenger window.

Although Crisostomo self-surrendered to police, he claims he wasn’t the one who shot at the victim and he even gave police an alibi. But the police didn’t buy his story.

“Given the nature and seriousness of the alleged offenses, the court agrees with the recommendation,” said Judge Tolentino.

Crisostomo was charged with terrorizing and criminal mischief, both as third degree felonies; and assault and reckless conduct as misdemeanors. His next hearing is on February 19 at 4 pm.