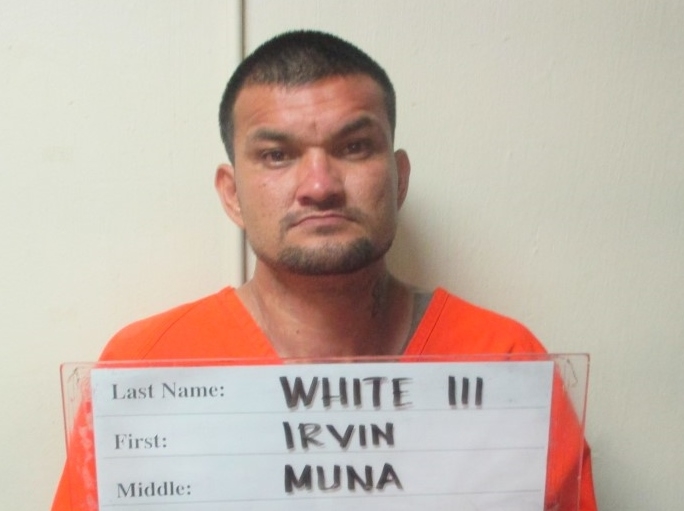 Irvin Muna White took a global plea deal for all the other crimes he committed.

Guam – Only Irvin White was sentenced in court today for the Bank of Guam robbery and other crimes he committed.

‘His father, Jackery White, was also supposed to be sentenced at the same time, but they rescheduled his sentencing for next week.

Irvin White was sentenced to 7 years in prison, which is a sentence he received for other crimes as well. Irvin White took a global plea, which combines his other crimes into one plea agreement.

Irvin made a voluntary confession to the 2014 Bank robbery while in custody for the Days Inn robbery. In the process, Irvin implicated his father, Jackery and a third person, Edward Baza, who was later acquitted of the crime.

Guam Guard: People lining up at UOG although vaccination clinic is...