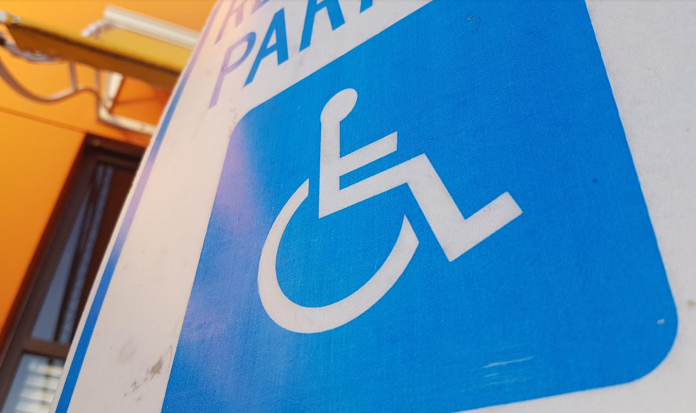 For this year’s event, community members were tasked with navigating work in a wheelchair.

For this year’s event, I was tasked to spend the first half of the day navigating work in a wheelchair.

I desperately wanted to highlight the everyday struggles facing individuals with disabilities, but knowing that I was an able-bodied person who, at any point, could quit the experiment and leap out of my wheelchair revealed my inadequacy.

With that in mind, I reached out to Jasmine White, an individual who spent a considerable length of time in a wheelchair herself. After all, who better to discuss these everyday issues with than someone who had to face these very real issues firsthand?

“It kind of makes it messed up to like, be embodying someone that’s in a wheelchair, but not putting someone that’s actually got to live this life throughout the experiment themselves because they live that life. It’s like, you can’t just experiment with someone’s lifestyle,” she explained.

White recounted the challenges she faced following an injury that led to four surgeries, rehab, and six months in a wheelchair.

“People that are like, actually going through [this] on a daily basis and actually getting their real opinion on it is what this whole month should be about. It should reflect on them, not necessarily how we [able-bodied individuals] see their life to be. You can’t actually know about someone’s life unless you ask about it,” Jasmine White.

And White’s not alone for feeling a little reservation towards the experiment.

White, like Young, fears that events like these –although well-intended, are meant to inspire and motivate the able-bodied community into action often at the expense of those with disabilities.

“A lot of people that are handi-capable don’t want you to feel bad for them, they just want solutions,” she remarked.

But not everyone feels that way. In an interview with PNC, Guam’s DISID Director Ben Servino explained to us the event’s original intent.

“[The event] is not mainly about having pity or empathy, but more so, having a greater appreciation of the challenges people face. It opens people’s eyes and then they start thinking of how we eliminate these barriers,” he explained.

Servino says some of the barriers aren’t tangible.

“It happened way back: a lot of families hid their family member with a disability. And again, a lot of families had this perception that the reason why they have a child with disabilities is that they did something wrong and this is God punishing you. So, it was really taboo,” he said.

And the number of people coming forward about their disabilities is increasing too – a sure sign that at least one barrier is being broken Servino says.

According to DISID’s client database, there are about 400-500 employed individuals with registered disabilities, nearly four times as much as those registered in 2011.

“I can understand that they’re feeling like, ‘hey, why don’t you have somebody who really has a disability or in a wheelchair and expose them and interview them?’ –Absolutely! But, it will also help in the community if others have that same experience. It’s a partnership,” he said.

To register for either accessible parking or the national disability employee registry, you can log onto their website, at http://disid.guam.gov/.