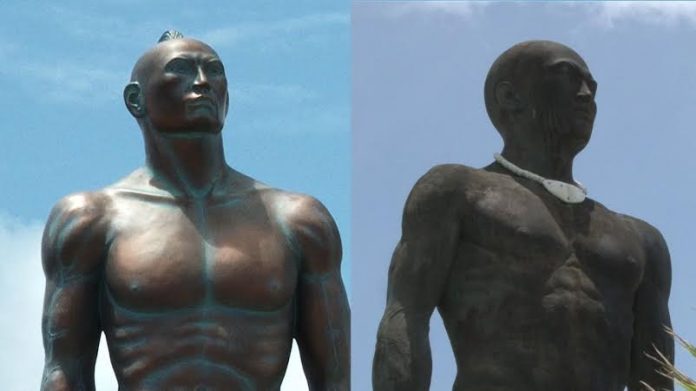 The original Chief Quipuha statue was put up in the 1970’s. It is one of the major icons and landmarks of the island.

Guam – There is a new Chief Quipuha statue in Hagatna.

The statue was erected just this morning(Tues.) The original Chief Quipuha statue was put up in the 1970’s. It is one of the major icons and landmarks of the island. It’s based on the chief that is credited with allowing the first Catholic church to be built on Guam in Hagatna. The original Chief Quipuha statue was taken down on Friday and moved to the Guam museum where it will be on display. According to the Governor’s office the original statue had to be taken down because it had cracks.

When it was taken down Friday night they had to cut one of the feet off of the statue. The original statue is supposed to be repaired before being displayed in the Guam Museum.

The Governor’s office said the new statue would be an identical one. However some residents have posted concerns on social media saying the statue is not the same. When pictures of both statues are put side by side they do not look identical. The replacement of the Chief Quipuha statue is a part of the renovations to the paseo area which are being done in preparation for FESTPAC.