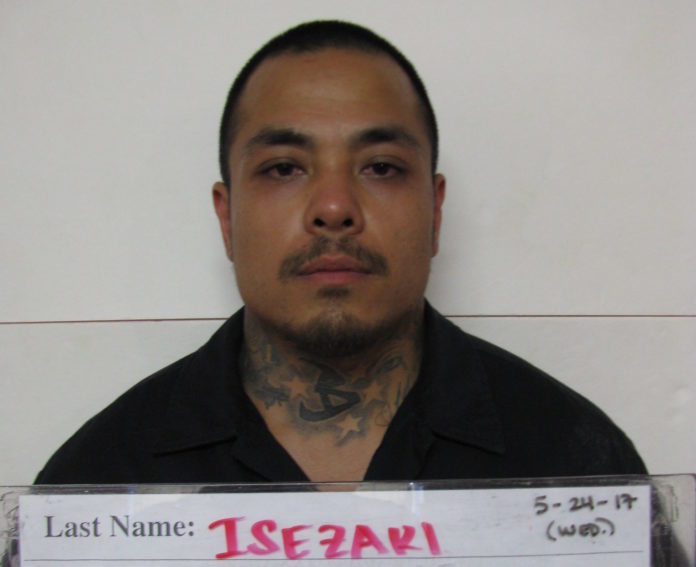 Guam – Accused of plotting to murder a police officer, Jeremiah Isezaki defended his side of the story but the Government wasn’t buying it and questioned why the jury should.

In 2012 Jeremiah Isezaki along with Brandon Baluran and Michael Torre were arrested for allegedly plotting to murder GPD Officer Benny “Butch” Babauta, an officer they believed planted a gun on Isezaki landing him with federal charges.

But according to Isezaki they never planned on killing Babauta instead he told jurors that the plan was to provide the opportunity for Babauta to show he was a corrupt cop.

The plan included using Janessa Corpuz to lure Babauta to a secluded location, get them in the same vehicle together in hopes that Babauta would use his badge to solicit sex from Corpuz.

A “citizen’s arrest” as Isezaki called it, as the interaction was supposed to be captured on a cellphone as evidence. Evidence Isezaki says he was going to provide to GPD’s Internal Affairs division.

When asked if he was going to use the evidence to blackmail Babauta he stated, “it wouldn’t have made a difference because he wasn’t part of the witnesses in my trial.”

Versions of his story has been brought up during testimony from other witneses such as Corpuz. She testified that GPD jumped the gun and targeted Isezaki and would not listen when she attempted to clear the situation up years ago, on the stand she was adamant that at no time did Isezaki mention the word “kill.”

But the government isn’t convinced asking Isezaki “isn’t it accurate that this jury can’t believe anything you are saying? Haven’t you already admitted that you lied on a court document?”

“I am being truthful because I swore an oath today,” replied Isezaki.