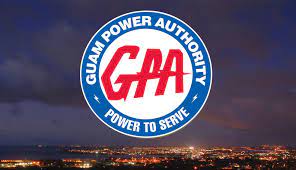 Island Residents can expect more power outages in the near future. Currently – the island’s power is running on half capacity – as 2 out of the 4 baseload power plants are offline.

PNC’s Althea Engman has the power report on this story

Following last night’s power outages for many of our island residents, John Benavente, the General Manager for the Guam Power authority, spoke to Newstalk 57’s Patti Arroyo to explain what has been happening to island’s power source.

PITI # 9 is currently offline for the next few weeks for USEPA mandated conversion to run
on ultra-low sulfur diesel fuel.

Additionally, Cabras 2 is offline for repairs to the boiler system and is anticipated to return to service tomorrow – August 3rd.

Despite the challenges – according to GPA – planned outages are not inevitable – but they might be necessary.

Benevente said, “We’ve been promoting throughout the year and we have 2 base load units , we don’t want the risk of not being able to meet the peak load, and this is further until we can get the new powerplant on and you know it’s taking 10-12 years to get that new plant on and here we are today. Again this is not, I like to first put in a scenario where this happens occasionally, but it’s not a continuous issue.”

“The shutdown of PITI #9 over the next month leaves us in a precarious position,” said Benavente.

And further adds, “We ask for your patience and kindly request that all
customers conserve power, especially during the peak demand hours from 6 p.m. to 9 p.m.”

Benevente said, “These machines are now 47-48 years old, we’re still handling them, and we’re doing the best we can that’s why there has been issues and we’ll get cabras 2 up and I believe we found the problem to correct and hopefully inaudible again.”

GPA is also asking some large customer loads to participate in the GPA Interruptible Load
program and to be available to separate from the grid as needed during peak.

The schedule of outages in the future will be posted on GPA’s social media pages.