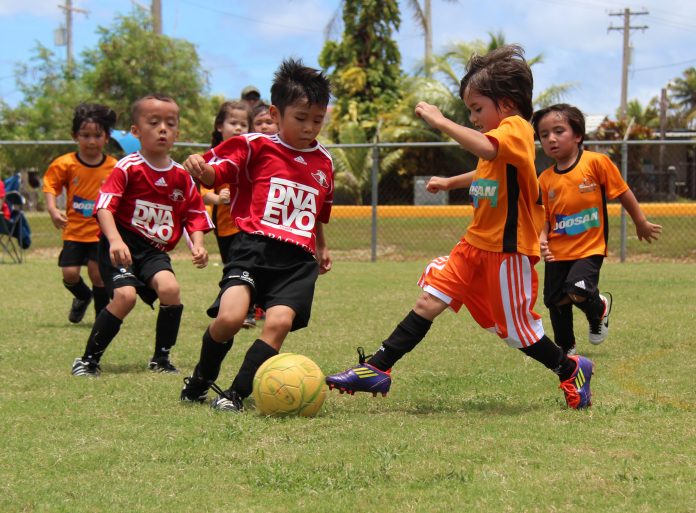 The Wings, undefeated for the season, dropped its only match in the championship game to the Islanders 6-4. Jonathan Sevilla had the golden boot for the Islanders with four goals. Javian Cruz and Warren Chen also scored for the Islanders. Matthew Iseke and Niclas Vavra each scored twice for the Wings.

“It feels great, it feels awesome to win the championship – I feel like the team can do anything,” said Sevilla, an 11-year-old student at St. Paul Christian School. “We played with good defense, and the Wings did too. For me, as the team’s forward/striker, I had to really work to get open to receive the ball and shoot.

[The Orange Crushers and the Wings play a U6 match during the Grassroots Jamboree of the Triple J Auto Group Robbie Webber Youth League at the Guam Football Association National Training Center.]

“I look forward to returning in the fall season later this year and helping the team defend the title,” added Sevilla.

With the close of the season for the U6 age division to the U12 age division, youth clubs organized potluck celebrations for their players and families. Some clubs also recognized their players with certificates, medals, or trophies. As a fun day for the younger age divisions in the GFA Grassroots Jamboree, a special schedule, which included an array of quick, back-to-back matches with different teams and activity stations, were set. 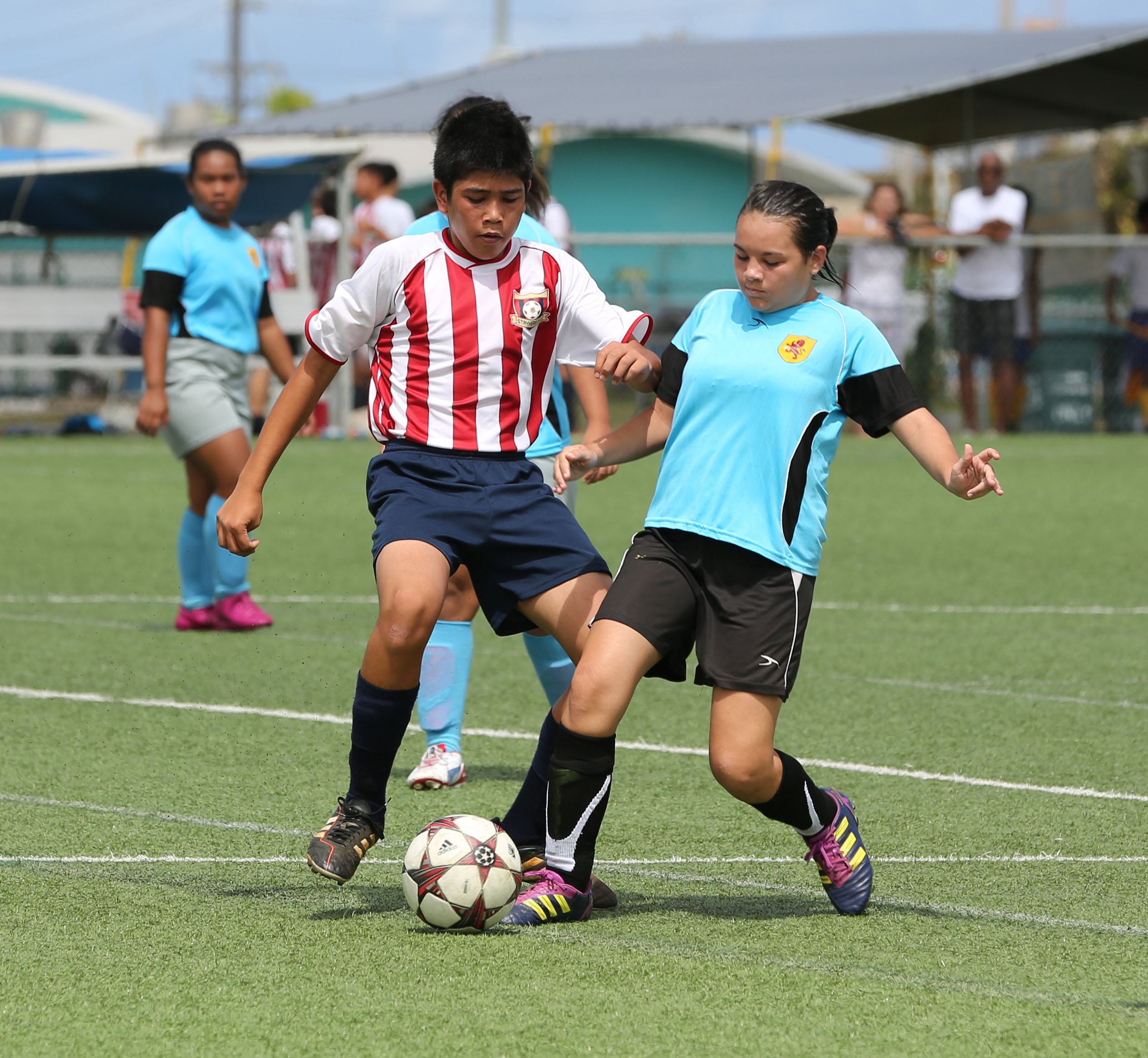 [The Strykers Blue’s Joshua Calvo battles for possession of the ball against the Sidekick SC in a U14 division match of the Triple J Auto Group Robbie Webber Youth League at the Guam Football Association National Training Center. Calvo scored five goals in his team’s 5-1 win over the Sidekick SC]

“I enjoyed the skill station the most in the Jamboree,” said Zaeyah Tajalle, a six-year-old student at Marcial A. Sablan Elementary School, who plays for the Southern Cobras. “I liked it the most because we got to run with the ball and practice kicking the ball into the goal.”

In the upper age divisions, the Wings Red, the lone undefeated team in the U17 division, battled to a 5-5 draw with the Southern Heat. Marlon Evans scored twice and teammates Daniel Kim, Toy Matsushita, and Ryo Sakane scored for the Wings Red. Gideon Tyquiengco and Devin Quinata each scored twice and Donovan Reyes once for the Heat. The Wings Red will next face the defending champions Islanders Betde for the division championship title Saturday.

An early goal from Tyler Pangelinan was enough for Community First Dededo Soccer Club’s 1-0 win over the Islanders Asut. 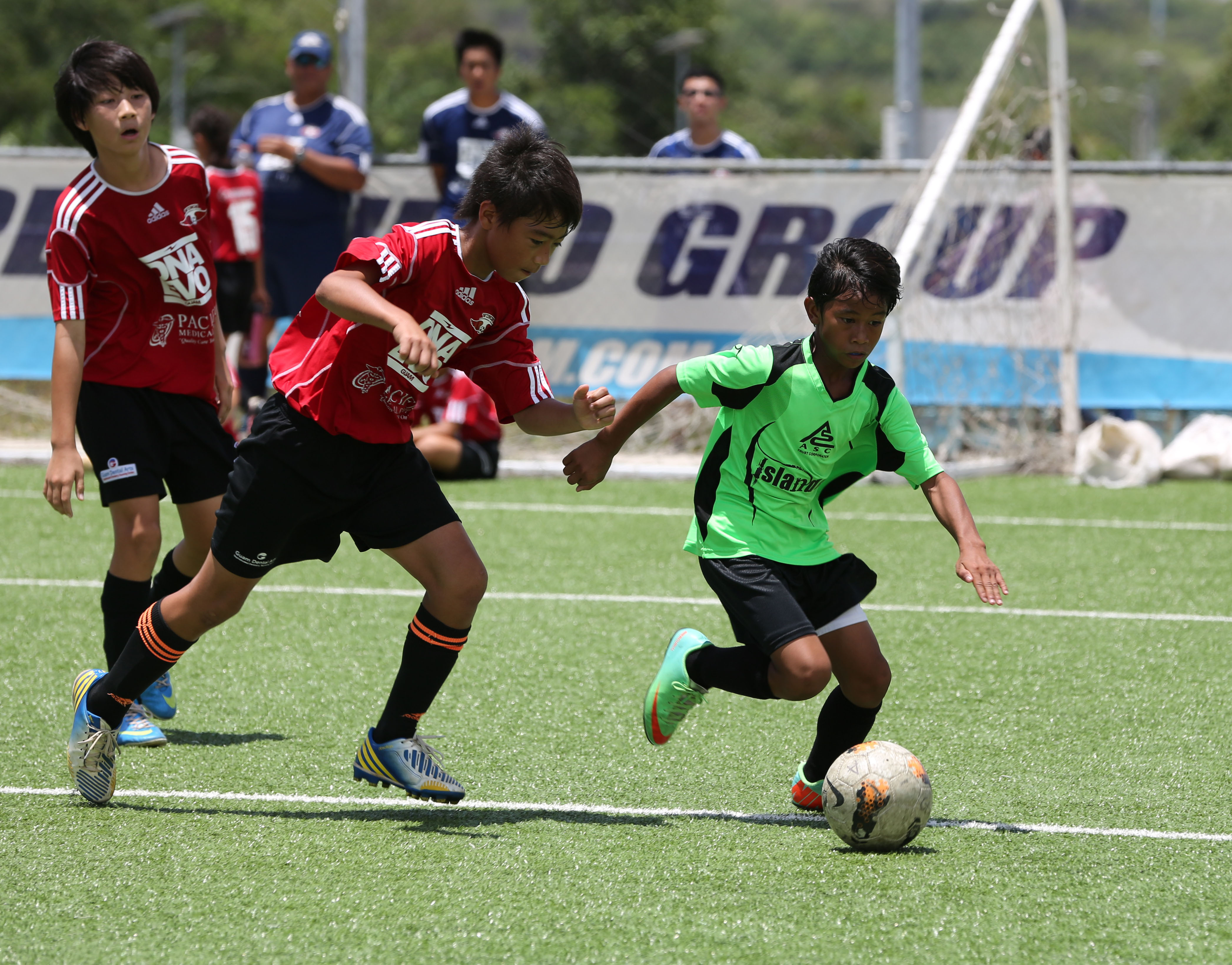 [The ASC Trust Islanders’ Jonathan Sevilla races to the goal against the Wings in the championship game of the U12A division of the Triple J Auto Group Robbie Webber Youth League at the Guam Football Association National Training Center. The Islanders defeated the Wings 6-4.]

In the U14 division, the Strykers Red clinched the division championship with a walkover win against the Lil’ Bombers.

Dededo defeated the Islanders 5-1 with a hat trick from Logan Bracamonte and one goal each from Tino Buekis and Peter Garland. Shawn Sablan scored for the Islanders.

Tumon Soccer Club forced a 2-2 draw with the Southern Cobras in the final minute of the contest. Kiomasa Kaminanga and Strickly Tammy scored for Tumon. Russell Perez scored both goals for the Cobras.

U14 and U17 division action continues Saturday.