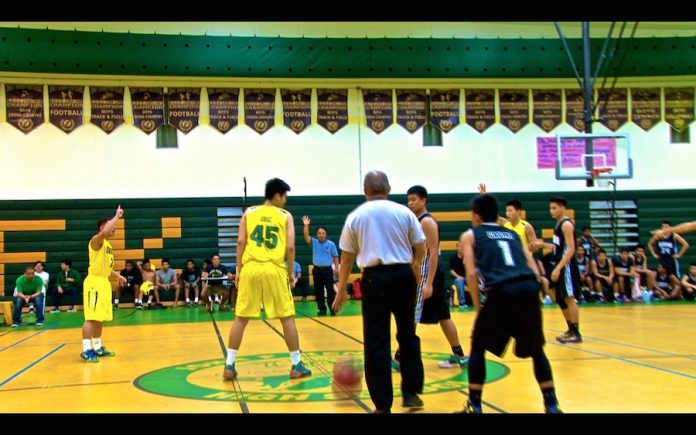 The Last time these two met, a week ago. It was JFK getting the better of Sanchez in the first round of GSPN’s Pre Season tournament.

Tamuning, Guam – The John F. Kennedy Islanders looking to forget that they were bounced from the pre season tourney too early. JFK hosted the Simon Sanchez Sharks to open the season. Sanchez win the tip, but the islander defense right there to plug up the lanes. SANCHEZ GETTING SCRAPPY, THOUGH! Sharks pull down the rebound, going the other way, BUT not so fast! NICE steal from JFK, they can’t finish the shot. Missed opportunity. Game still scoreless. (No worries, we’re just getting started.) JFK trying to reset the offense, has some space, drives the lane. Dishes it to the outside, has a man waiting. GOOD from DOWNTOWN! Islanders starting to roll. Sanchez not helping themselves, much either. They commit fouls that sends JFK to the line, where they shot well from all night. Sanchez finally getting a good pass and a lucky bounce. Nice shot, and the 3 falls. Sharks showing some life. Simon Sanchez trying DESPERATELY, to ride the wave of momentum, but fall just short. JFK too good! The islanders handle business at home and start the season with a win. 55-37 the final.