Guam – The ASC Trust Islanders reversed a two-goal deficit from halftime, but Tan Holdings FC’s single goal in the deciding half was enough to force the teams to a 5-5 draw in a Day 2 match of the Marianas Invitational Tournament at the Guam Football Association National Training Center.

After falling behind 2-0 early on, the Islanders found some rhythm in a series of passes from Kamuela Rhoads and Jestin Escobar that eventually found Jeffrey Ho unmarked on the left side for the finish. Minutes later, Escobar capitalized on a miskick by Tan Holdings at the centerline and darted to the goal to level the match, but the rest of the half belonged to the visiting team.

[Tan Holdings FC’s Yoshi Mafnas and the ASC Trust Islanders’ Leon Bamba battle for possession of the ball during a Day 2 match of the Marianas Invitational Tournament, a U18 youth soccer tournament, at the Guam Football Association National Training Center. Tan Holdings forced a 5-5 draw with the Islanders]

Tan Holdings’ Marc Gerald Mora sent Yoshi Mafnas on a run through the center and after heading the ball over the last two defenders, he finished the one-on-one play against first-half keeper Logan Mance for the 3-2 lead. Later, a shot from Sean Perez from the left side extended Tan Holdings’ lead to 4-2 before the halftime whistle.

The Islanders, known for crafting demoralizing comebacks in past Robbie Webber Youth League seasons, caught a break about three minutes into the second half. Perez was called on a handball violation near the centerline, and the Islanders’ Jared Pangindian blasted a long-range shot perfectly to the right post to close the scoring gap. About 15 minutes later, the Islanders’ Phillip Ogo took a throw-in from Sora Recella, dribbled around the Tan Holdings defense, and passed the ball to Nicolas Cabuhat for the one-touch shot that leveled the match at 4-all. Ten minutes later, Leon Bamba managed to fend off a pair of Tan Holdings defenders on the right side and passed the ball into the box, eventually finding Recella’s foot to give the Islanders the 5-4 lead. 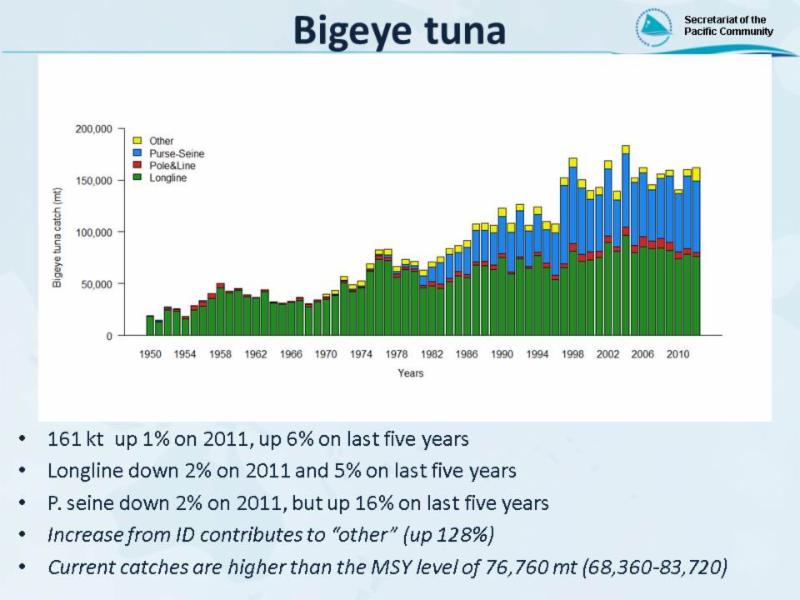 [Tan Holdings FC’s Sean Perez manages to get around the defense of ASC Trust Islanders’ Austin Cardines during a Day 2 match of the Marianas Invitational Tournament, a U18 youth soccer tournament, at the Guam Football Association National Training Center. Tan Holdings forced a 5-5 draw with the Islanders]

Perez later saved his team from defeat after taking a pass from Kautong Kiyofumi Omengkar and using his speed to break the Islanders’ last line of defense for the game-tying goal. Both teams had a series of shot attempts in closing minutes, but none could find the back of the net.

“Early in the second half, we gained the momentum – we just connected with each other better and kept it simple to take the lead from them,” said Bamba. “Credit to Tan Holdings – they kept fighting to the end. 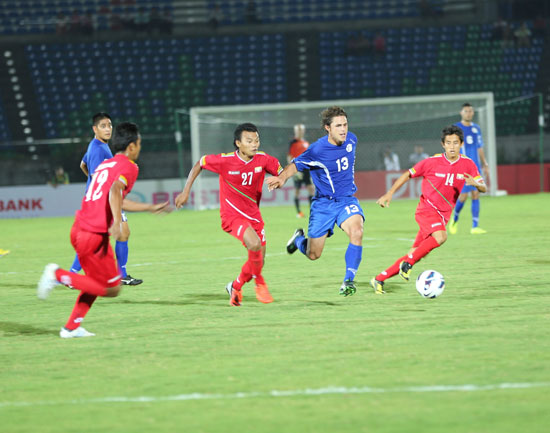 “It’s a good experience for us to play in tournaments like this with visiting teams – particularly with this tournament, some of the guys from Saipan played at the (youth) national level. It’s also a good opportunity since we don’t play a lot of soccer in the summer – I hope we can have more tournaments like this in the future,” added Bamba.

In the day’s other match, the Wings FC defeated the Strykers 4-0 to stay in the No. 1 spot in tournament rankings. Agustin Choi scored a hat trick in eight minutes and teammate Donovan Reyes scored the team’s other goal off a free kick in the 60th minute.

With two draws, Tan Holdings holds onto the No. 2 spot in the rankings, followed by the Islanders and the Strykers, respectively, compiling one draw and one loss in two matches. The Islanders currently out-rank the Strykers based on goal differential.

The tournament continues Sunday morning at 8 a.m. with Tan Holdings FC taking on the Wings on the lower turf pitch and the Strykers playing against the Islanders on the upper turf pitch at 9 a.m.

There is no admission fee to watch the matches. A full schedule is available online at http://www.guamfa.com/others-friendlies-schedule-results