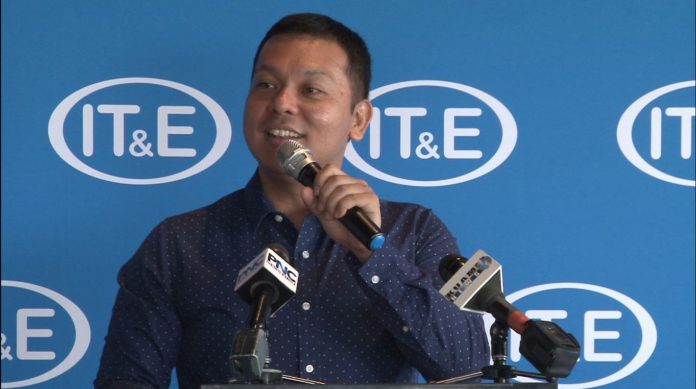 In an exciting announcement, the carrier will now offer a Freedom plan with unlimited data, as well as a Freedom Plus plan, which is a stackable unlimited plan.

The company has provided service to the island for 37 years and with the changes and advancements in technology, the company has adapted their services to better serve the people.

Danny Daniel, Senior Manager of Brand & Public Relations spoke on the tagline, as it pays homage to “Life in Motion.”

“When we started to test out how people were reacting to our new tagline, it became really amazing. It sparks a spirit of adventure, discovery and rediscovery of not just the things that we want to explore, but things that are already around us. It kind of brings a new appreciation to everything that we’ve already done and everything that they have”, said Daniel.

Along with the announcement of a new tagline, IT&E debuted a new icon, the latte stone, representing unity and foundation. The latte stone is displayed in a modernized fashion, in the company’s signature cobalt blue.